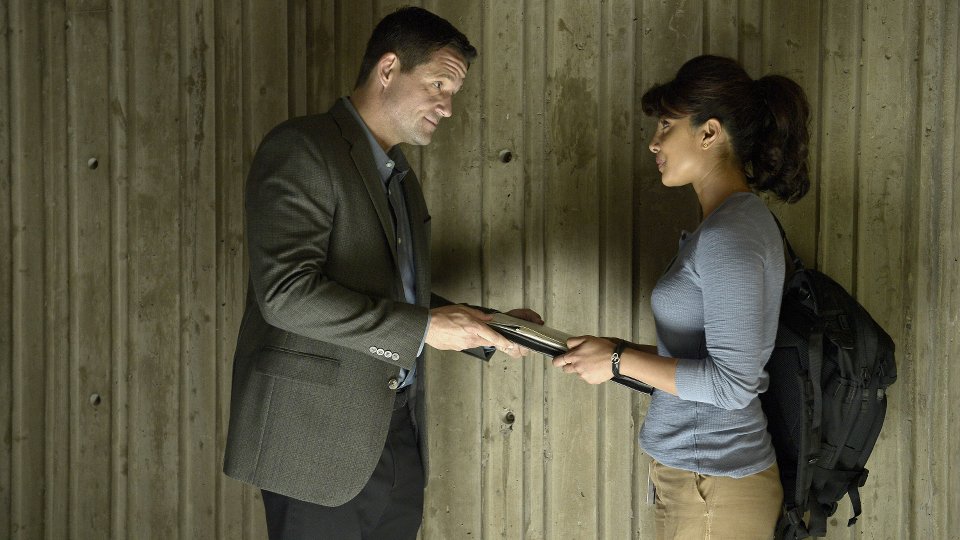 Alex (Priyanka Chopra) escaped from FBI custody as she tried to clear her name on Quantico.

Her first stop was her apartment in an attempt to gather evidence but she was almost caught by Natalie (Anabelle Acosta). She then made contact with Ryan (Jake McLaughlin) who was in hospital recovering from being shot and he confirmed that it wasn’t her that show him. Ryan offered to help Alex but told her he would have to tell Liam (Josh Hopkins) that she was guilty.

In the past narrative Miranda (Aunjanue Ellis) warned Nimah and Raina (both portrayed by Yasmine Al Massri) not to blow their cover, Elias (Rick Cosnett) found out about Simon’s (Tate Ellington) past in Gaza, and Miranda worried that Ryan was spying on her after finding out he was an undercover agent.

The next episode of the season is Cover. Alex receives information about her father and his past at the FBI; the recruits learn the art of profiling.