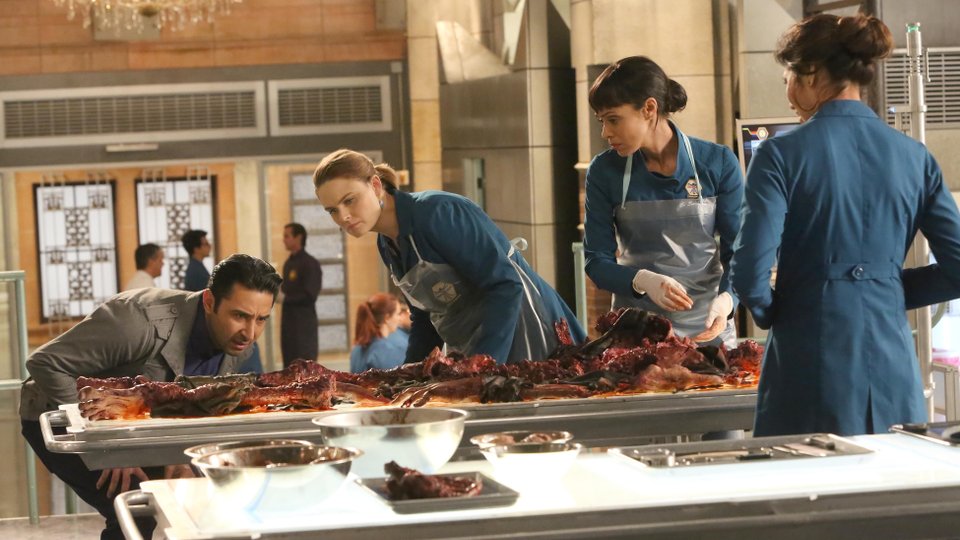 The couple found themselves competing against each other in the shooting competition as their rivalry got the better of them. They did find time to find the killer though but not before a rather epic bar fight that involved Aubrey (John Boyd).

The next episode of the season is The Doom in the Boom. The team is caught in an explosion that has life-changing consequences for everyone at the Jeffersonian.

Tune in to Sky Living HD at 9pm on Monday to see the episode. Preview the episode with our gallery below: