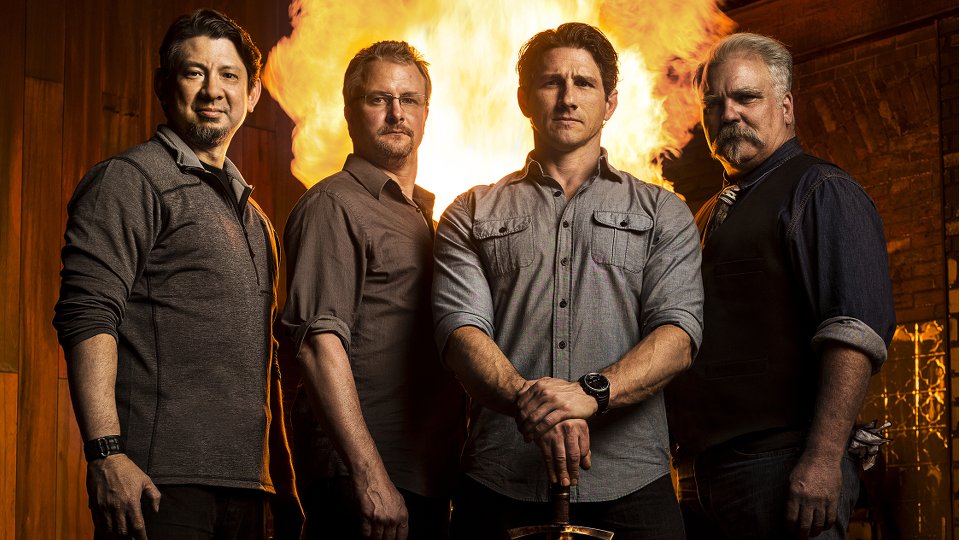 Forged in Fire is coming to HISTORY starting 24th March 2016.

An epic competition, Forged in Fire sees weapon makers go head-to-head to recreate the greatest blades in history. The show has been described as ‘Bake Off with blades’ so it’s safe to say it’s going to be addictive viewing.

Forged in Fire turns the craftsmanship, legend and excitement of weapon building into an against-the-clock battle. There will be blades, sweat and tears in each episode as contestants compete over a series of elimination challenges.

The 8-part series sees four competitors face-off in exciting challenges to make some of the most iconic weapons of battle. They will build everything from Viking battle-axes to Samurai swords and Indian claw daggers.

A panel of experts will judge the competition including J Neilson, internationally recognised as one of the best bladesmiths in the world with 20 years experience. Joining him on the panel are David Baker, a world renowned swordsmith who specialises in recreating some of the world’s rarest weapons, and skilled martial artist Doug Marciada, who also designs blades as a weapon combat specialist.

Wil Willis, an armed forces expert, hosts the show and will draw on his skills as an army ranger and hands-on experience with a wide range of weapons in real battle situations.

Advertisement. Scroll to continue reading.
In this article:Forged in Fire