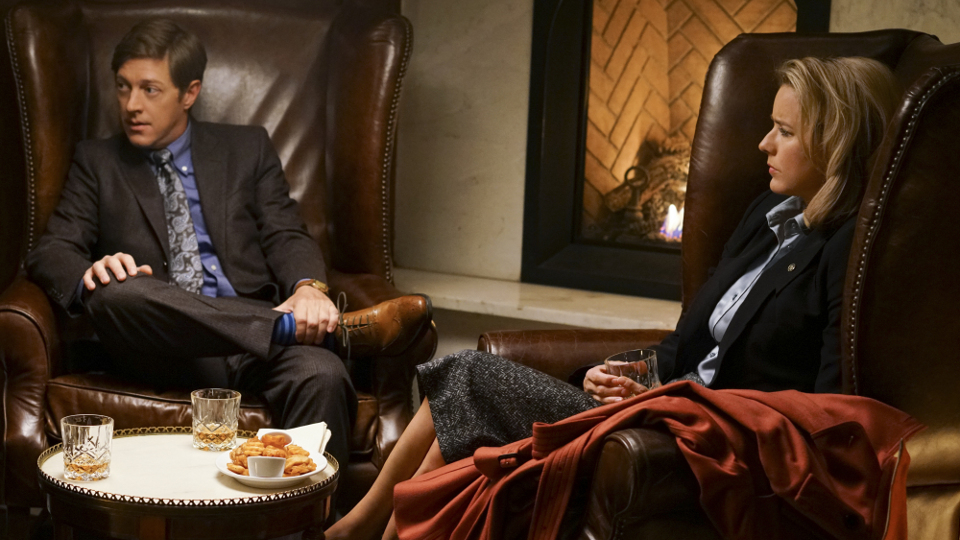 In the latest episode of Madam Secretary, Elizabeth (Téa Leoni) was faced with the re-opening of the Cuban Embassy after 54 years.

She also saw an opportunity to make history by getting the Cuban trade embargo lifted at the same time. This was thanks to Senator Markes, the head of the Foreign Relations Committee, resigning due to being in trouble with the police. The Senator had previously blocked a bill on Cuba passing so his resignation cleared the way.

Her idea was given the green light by the president much to the annoyance of Craig Sterling. He had just had an idea of his own, to increase military activity in support of the Ukraine, shot down.

For the trade embargo to be lifted Elizabeth needed 60 votes for the motion. So she and her team set to work on drumming up support from the Senators.

Just when it looked like it would sail through Senator Parisi held a press conference to oppose the bill. He demanded that Cuba hand over Afeni Rahim, a black woman who was involved in the shooting of a white cop in 1977.

Elizabeth, Henry (Tim Daly) and their daughter Alison headed out to Cuba to try and convince them to hand over Rahim. Their diplomacy attempts failed but Elizabeth was able to speak to the woman herself to get her side of the story.

Elizabeth sent Nadine to get the court files to look into the case and they were able to determine that the FBI had withheld evidence. This meant that Rahim was able to come back to the US to stand trial to prove her innocence.

At the end of the episode Russell Jackson revealed to Elizabeth that Sterling had been behind Parisi. He vowed to bury Sterling.

The next episode of season two is Lights Out. Elizabeth, Russell and Mike B. hatch a plan to oust Craig Sterling from his role as National Security Advisor without tarnishing President Dalton’s term with a scandal. Also, Ephraim Ware, the Director of National Intelligence, zeros in on the man behind the hack of Air Force One, and Henry’s assignment for Dmitri continues to go according to plan.