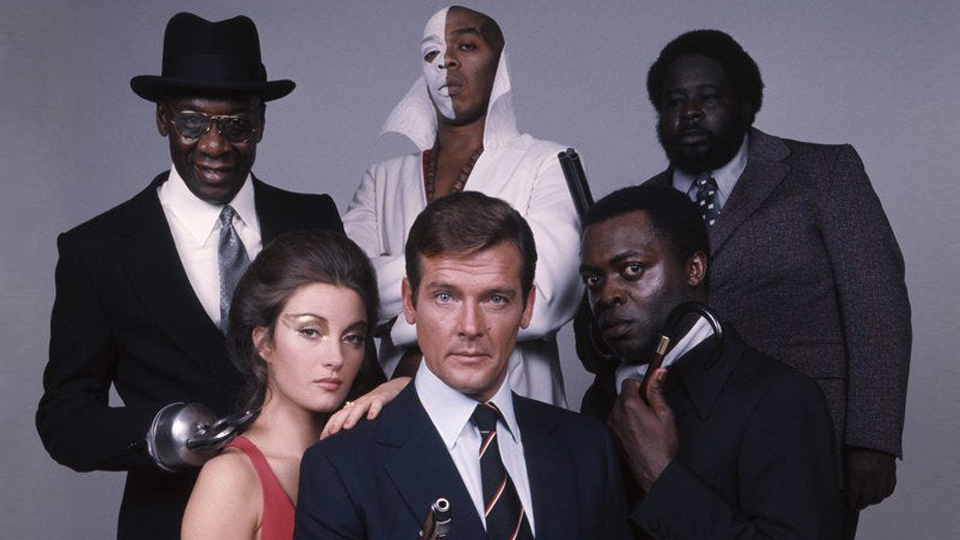 The big screen adventures of Agent 007 have become a tradition in the British television menu — shooting up campy action, sleaze and spy thrills in the popular teatime Bank Holiday slot.

This May, ITV have again stepped up to the mark with a low-key broadcast of 1979’s ‘Moonraker‘. Yet, with Agent 007 falling out of step with some modern sensibilities, it’s little surprise that this gloriously unwoke, space-age outing in flares and polyester is buried away on ITV 4.

But never say never again. We live in an age worthy of Q himself, allowing us to tap into our own tastes on demand. Thanks to Amazon Prime and other streaming services, every Bond — good, bad or cancelled — is available at your fingertips.

So, whether Sean Connery was your ultimate agent, or you prefer the lighter touch of Roger Moore, or perhaps even the controversial calmness of Timothy Dalton, here are 10 James Bond movies worthy of your time on a cosy Bank Holiday afternoon.

As comic strip and as bonkers as Bond could ever be, this is the one that sees Roger Moore pilot a Space Shuttle toward an orbiting station for a cosmic laser battle.

The influence of ‘Star Wars’ is all over this campy space adventure, but there’s so much more to enjoy, including a soaring soundtrack from John Barry; big budget cinematography in Rio de Janeiro and Venice; real-world stunts on a cable car, and blockbuster shots of the Space Shuttle two years before it would take to the skies.

Following the AIDS crisis and shortly before the fall of the Berlin Wall, this surprisingly violent outing is a time capsule of period anxieties, with Timothy Dalton’s Bond extolling the virtues of being a one-woman man.

Arguably the fiercest film in the franchise, its catalogue of violence and adult themes earned the picture a 15 certificate. It also showcases one of the deadliest villains, drug lord Franz Sanchez, brilliantly played by pock-marked character actor Robert Davi.

Featuring deaths by fire, shark, decompression and industrial blender, this hard-hitting thriller is not one for young kids.

Celebrating 50 years of Bond on the big screen, this is a fun if frothy adventure full of gaping plot holes. But it’s also one of most accessible Bond films for a modern audience.

Stylish cinematography, big production values and an action-packed pace gives you little time to criticise the limitations of the script, whilst Javier Bardem provides a chilling foil for Daniel Craig’s increasingly wearied Bond – a smart reality check for a character who’d often become too much of the invincible superhero.

A modern rollercoaster ride and hugely entertaining, if not studied too closely.

Goldfinger landed in cinemas at the height of Bondmania and has become the most famous film of its kind.

The movie is a rollcall of Bond iconography, including the bravura theme from Shirley Bassey; a stunning femme fatale in the shape of Honour Blackman as Pussy Galore; the best car in cinema, the Aston Martin DB5; Sean Connery being sliced up cinema’s first laser beam; Odd Job, the hardest henchman of all time, yielding a killer bowler hat. Oh and there’s a bonkers plot to destroy Fort Knox.

A vintage classic with some creaky moments, but a must-see of the genre.

Featuring the infamous ski jump with a union jack parachute, a title theme by Carly Simon and a plot about two missing nuclear submarines, Bond movies don’t get much more ambitious than this 1970s’ disaster movie.

Added bonuses include the debut of the iconic henchman with metal teeth, Jaws, and the ultra-modern Lotus Esprit supercar that transforms into a submarine.

Roger Moore proves that nobody does it better in this dishy disco adventure.

A new beginning meets the end of an era in the only Pierce Brosnan movie worth seeing.

After hiatus of five years, 007 is back for the 1990s audience: Judy Dench chases the zeitgeist as Bond’s first female boss, Sean Bean almost upstages Brosnan as a sinister double agent, and there’s a thundering title theme featuring Tina Turner.

Notable for being the last film overseen by movie mogul Cubby Broccoli, and the last hurrah for practical effects genius Derek Meddings.

A fine mix of action and adventure, if lacking style.

A soft reboot for the series introduces Daniel Craig as Bond at the beginning of his career. It’s a much-need breath of fresh air for 007, bravely throwing off much of the classic film formula to rework itself from Ian Fleming’s original concept.

The robust Craig is an excellent blunt instrument, playing the character as Fleming always intended; a brash and arrogant Etonian. Nobody said Bond had to be likable.

Like all Bond films, there are some dubious gender politics that don’t stand up to the scrutiny of a 2020s’ lens, yet an almost all-black cast with a tapestry of complex characters offers an early example of diversity in a mainstream movie.

A rogue’s gallery includes the late Yaphet Kotto as Dr. Kananga, Julius Harris as mechanically-enhanced Tee Hee Johnson, and Geoffrey Holder as Baron Samedi – handing over some of the most memorable performances in the entire series.

Worth watching alone for the death-defying stunt where Bond hops across a line of crocodiles, and a must-listen for Beatles fans due to Paul McCartney and George Martin’s bombastic score.

Timothy Dalton just misses the top spot in a grossly underrated film that capitalises on the best the series has to offer.

Connery may be the favourite Bond, Roger Moore the most entertaining, but Timothy Dalton is truly the connoisseur’s choice and delivers a complex and studied performance as Bond.

This adventure spans the globe in its locations and borrows much from the John le Carré school of Cold War intrigue – balancing traditional spy thrills with comedy and breath-taking special effects. Polished off with John Barry’s final score for the series, it’s hard to get better than this.

‘The Living Daylights’ isn’t just a fine Bond flick – it’s an outstanding thriller-adventure in its own right.

If Hitchcock had directed a Bond, this would be it. It’s easily the classiest, smartest outing for 007, and adheres closely to Fleming’s bestselling novel. There’s also a number of subversive hints towards sexuality which made shockwaves at the time.

As the second film in the series, ‘From Russia with Love’ establishes the formula that was to follow, yet sets a standard that would rarely be matched.

Sean Connery is at peak performance in this Cold War thriller, and faces off the formidable form of Robert Shaw as defector Red Grant. The genuinely terrifying Lotte Lenya will also haunt your nightmares as Spectre assassin Rosa Klebb, whilst the beautiful locations and inimitable score by John Barry transport you to the jet-setting indulgences of the mid-century.

A thrilling and tense romance, this is the best of the Bonds, and a true classic of Sixties cinema.

Ready for the next mission? Watch the trailer for James Bond’s upcoming adventure ‘No Time To Die‘.