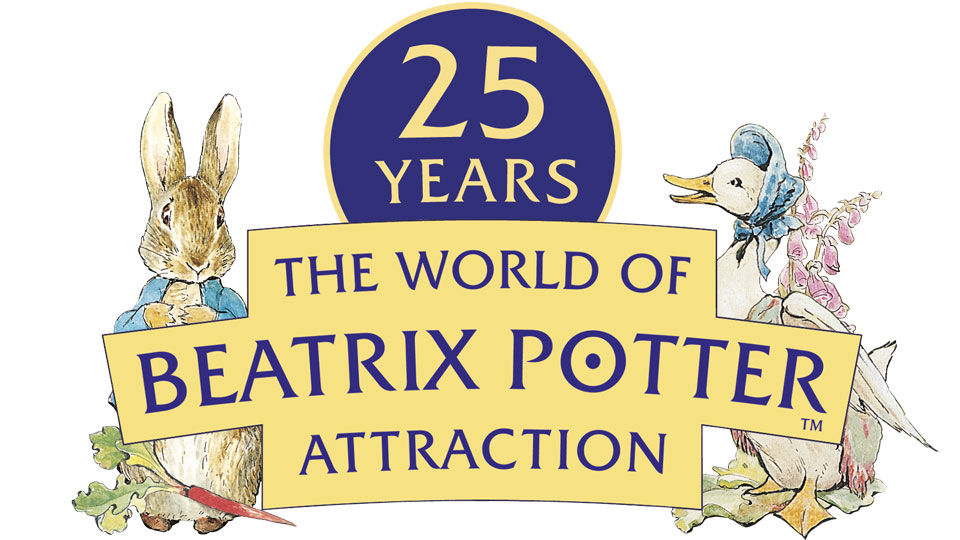 Alan Ayckbourn writes lyrics for Where Is Peter Rabbit?

The world premiere of the brand new family musical adventure, Where Is Peter Rabbit? opens at the Old Laundry Theatre, Bowness-on-Windermere on Monday 27th June 2016.

When renowned theatre set designer Roger Glossop and his theatre producer wife Charlotte Scott, owners of The World Of Beatrix Potter™ Attraction, approached Warne publishers and asked if Jemima Puddle-Duck could have a conversation with Beatrix Potter – Where Is Peter Rabbit? came to life. Based on Potter’s little books and five of her best-loved animal characters: Peter Rabbit, Jeremy Fisher, Mrs. Tiggy-Winkle, Jemima Puddle-Duck and the villainous Mr Todd, Where Is Peter Rabbit? musical adventure will capture Potter’s poetry, freshness and humour, whilst staying faithful to her unforgettable illustrations.

Alan Ayckbourn is writing the lyrics of Where Is Peter Rabbit? – keeping true to Potter’s wit and love of The Lakes. Ayckbourn, as Patron, is no stranger to the Old Laundry Theatre or The World Of Beatrix Potter™ Attraction. While thinking how to fill an empty space next to the Attraction, Roger Glossop threw the idea of opening a theatre to Ayckbourn; asking if he would bring some of his Scarborough productions to the Lake District: after a long pause he said “Do it – we’ll all be dead soon” – and the Old Laundry Theatre opened to great success in 1992!

The creative team brought together for this magical musical, is as much a testament to the teams’ friendship, as it is their extraordinary talents. The core team have worked together and been friends since they started their careers at the Sheffield Crucible and Ayckbourn’s Stephen Joseph theatre in Scarborough over 30 years ago – and it is that expertise and short-hand to connect with each other, that shines through as they work together on Where Is Peter Rabbit?

New to the team is Composer Steven Edis (The Silver Sword, Birdsong, The Invisible Man, RNT, RSC), but he could not have had a better introduction to the team, or come more highly recommended by friend and Trustee of the Old Laundry Theatre – Victoria Wood!

Glossop has designed theatre sets for over 20 productions at the Crucible Sheffield and over 60 separate productions with Ayckbourn at the SJT, RSC and West End. RNT credits include: Rosmersholme, Mandragola, House & Garden and Pied Piper. Other West End credits include: Chicago, Arturo Ui and By Jeeves to name but a few. For Where Is Peter Rabbit? he has designed a classic theatre set lovingly recreating Beatrix Potter’s best loved little books – as he did 25 years ago with the stunning Attraction which houses twenty-three of her stories.

Celebrating both The World Of Beatrix Potter™ Attraction’s 25th anniversary and the 150th Anniversary celebrations of Beatrix Potter, the ten-week run of Where Is Peter Rabbit? will play up to three shows a day throughout the summer (Monday 27th June – Sunday 4th September 2016.) And the theatrical experience doesn’t need to stop there, as the Attraction has launched Character breakfast, afternoon tea and high-tea/supper parties, to be enjoyed before or after the live family show, in their brand new special catering and events building the Laundrama – all staying true to the genius that is Beatrix Potter.

Roger Glossop says: “Beatrix Potter has dominated our lives for the last 25 years (in a good way!), so it is fantastic to have a double celebration for our 25th and her 150 years throughout 2016. From the day we opened the door 25 years ago, Beatrix Potter has taken us on an exhilarating journey – exhibition, garden, shop, restaurant, online, theatre and ongoing – we couldn’t have aligned our creative and business life with a more original, entrepreneurial and visionary woman.”

Where Is Peter Rabbit? – He’s in Bowness-on-Windermere at the Old Laundry Theatre at The World Of Beatrix Potter™ Attraction in the heart of the Lake District from Monday 27th June – Sunday 4th September 2016.

Robert Daws announced for cast of How the Other Half Loves