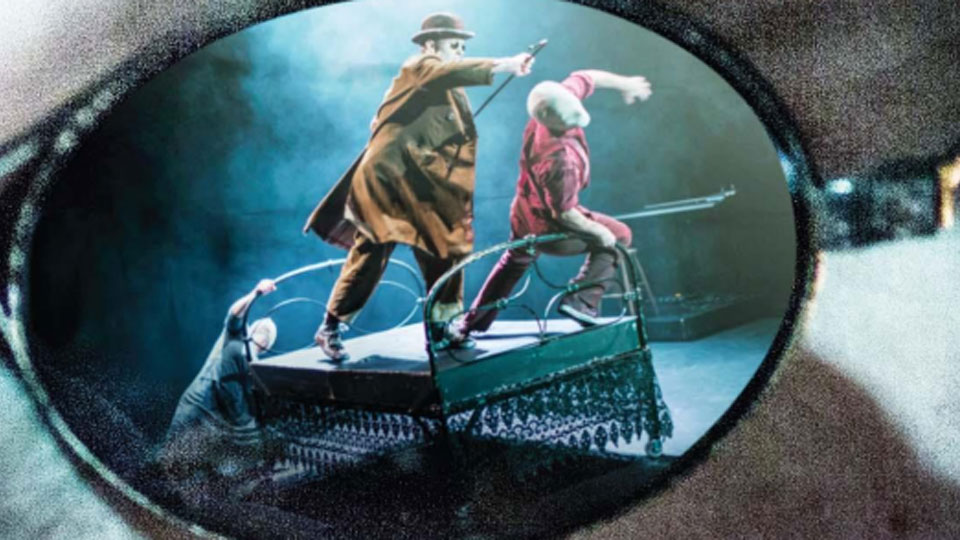 Following sell-out runs across the UK in 2015, critically-acclaimed Theatre Re (The Gambler, The Little Soldiers) presents a wordless tale about the power of imagination that blends together physical theatre, mime, sound, illusion and a beautiful live music score. Blind Man’s Song plays at the Pleasance from Wednesday 27th April to Sunday 15th May.

As an old blind man takes unsteady steps around a room, he recalls an encounter that triggers his memories and imagination and a story of love, courage and hope unfolds. Inspired by interviews with blind and visually-impaired people, Blind Man’s Song is a tale about one man’s rage against his world of darkness. It demonstrates the power of the body to communicate without words.

Guillaume Pigé comments, “Since premiering Blind Man’s Song at the 2015 London International Mime Festival, we have performed the piece more than forty times. Every night we take a different journey where to push the imagination to its extreme. We respond to the supernatural, the magical and the emotional sparks that occur when our eyes are closed. As endless sensations distract, inform and amuse our main character, we follow his dreamlike journey travelling at the speed of memory to a place where some things become more visible in the dark.”

The music for Blind Man’s Song was conceived from the beginning of the creative process and developed in conjunction with the movement. Inspired by the bi-tonal harmonies of Ravel and Stravinsky and minimalist styles of John Adams and Phillip Glass, Alex Judd creates a complex live soundscape. Onstage noises are amplified through a microphone to reflect the sensitive hearing of someone who is visually impaired. These sounds are fed into a loop pedal along with a violin and keyboard which combine to create a rich harmonic score, portraying the emotional journey of the characters.

Established in 2009, Theatre Re is a London-based international ensemble that creates vibrant and emotional work on the edge of mime and theatre.

Tickets are available from www.pleasance.co.uk.

In this article:Blind Man's Song, Theatre Re