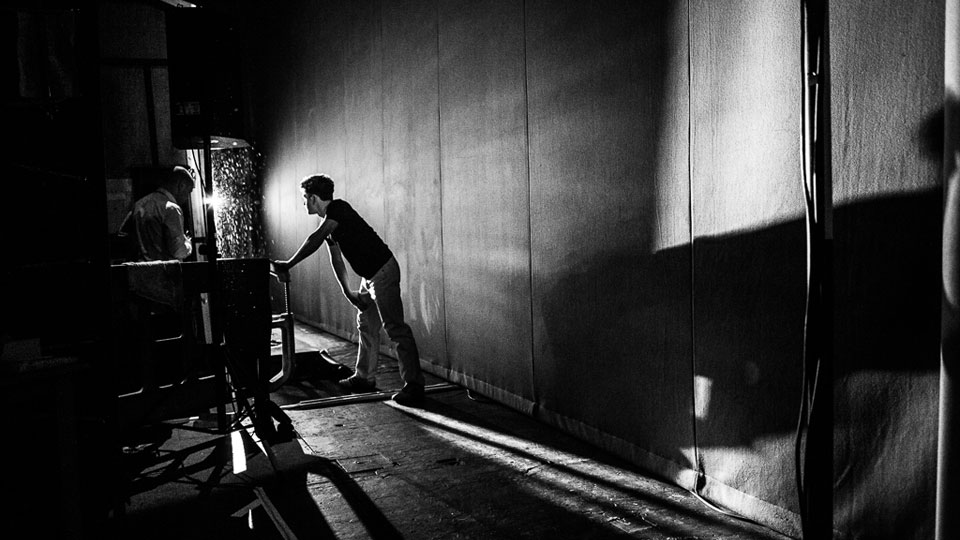 Curtain Call: A Year Backstage in London Theatre is the first in a series of photography books by photographer Matt Humphrey and actor/director John Schwab featuring an extraordinary collection of fly-on-the-wall backstage photography from London theatre productions in 2015/16. Inspired by the 40th anniversary of the Olivier Awards, in addition to exclusive backstage photography, Curtain Call also includes a foreword by renowned actor David Suchet and extended interviews with Chief Executive of The Old Vic Sally Greene, Artistic Director of the Royal Court Vicky Featherstone, casting director Jessica Ronane and actress Kate Fleetwood. The book is now exclusively available to pre-order from www.curtaincallonline.com.

Curtain Call is a new company founded and managed by John Schwab and Matt Humphrey, people who work in – and are passionate about – the world of theatre. Matt Humphrey and John Schwab were given unprecedented access backstage in London’s theatres and the book features never seen before photography taken on stage, in the wings and behind-the-scenes from over 50 productions including Hamlet at Barbican Theatre starring Benedict Cumberbatch, American Buffalo at Wyndham’s Theatre starring John Goodman, Damian Lewis and Tom Sturridge and The Audience starring Kristin Scott Thomas at the Apollo Theatre.

John Schwab said: “I am very grateful to all of the cast, crew, creative, production teams and agents that allowed us into that wonderful space that is backstage during a show. Having spent nearly 20 years on stage in London and around the world, it is an absolute pleasure to invite the public to take a glimpse at this magical world and gain an insight into what it’s like to be a theatre professional backstage during a London theatre show. I look forward to starting something that we hope will become an industry staple for both the theatre fan and professional alike.”

Matt Humphrey said: “The backstage life of a production can be as intriguing, beguiling and choreographed as the show itself. I feel extremely privileged to have been allowed to photograph such an array of productions throughout the year, each of which has their own unique character. It has been a rewarding photographic challenge to shoot in low light and to combine reportage with portraiture. This book is a celebration of the expertise, diversity and extraordinary talent that characterise this thriving industry.”

Matt Humphrey and John Schwab met while working at the Old Vic Theatre in 2009 (John on stage, and Matt backstage). Together they founded Curtain Call in 2015, with a view to celebrating and promoting the work of cast, crew and creatives that work behind the scenes. As well as the book, they have been developing a database and networking website for the theatre industry, populated by exclusive visual and non-visual content.

Curtain Call: A Year Backstage In London Theatre is priced at £45 and available for pre-order from www.curtaincallonline.com. Curtain Call will also be available to purchase at the V&A and National Theatre bookshops from 28th March.

In this article:Curtain Call: A Year Backstage in London Theatre