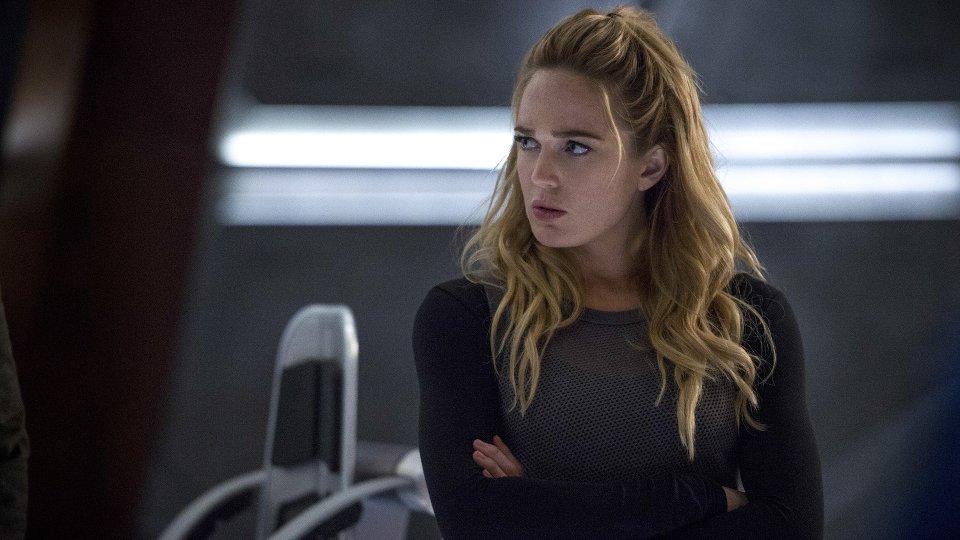 Two episodes in and tragedy struck on DC’s Legends of Tomorrow.

After coming face-to-face with Vandal Savage (Casper Crump), Carter (Falk Hentschel) was killed by his enemy with an injured Kendra (Ciara Renee) unable to do anything to stop he tragedy from happening. It was also revealed that only Kendra is able to kill Savage using the dagger.

Elsewhere in the episode Damien Darhk (Neal McDonough) made an appearance in 1975 at a weapons auction for terrorists, Ray (Brandon Routh) put the timeline in jeopardy after losing part of his suit in a fight, and Ray, Snart (Wentworth Miller) and Mick (Dominic Purcell) were captured while trying to locate the dagger to kill Savage.

The next episode of the season is Blood Ties. Sara (Caity Lotz) finds a way to hit multimillionaire Vandal Savage where it really hurts. Snart has an ulterior motive when he sends Jax (Franz Drameh) to steal a valuable gem.

Tune in to Sky Living HD at 8pm on Thursday to see the episode. Preview it with our gallery below: