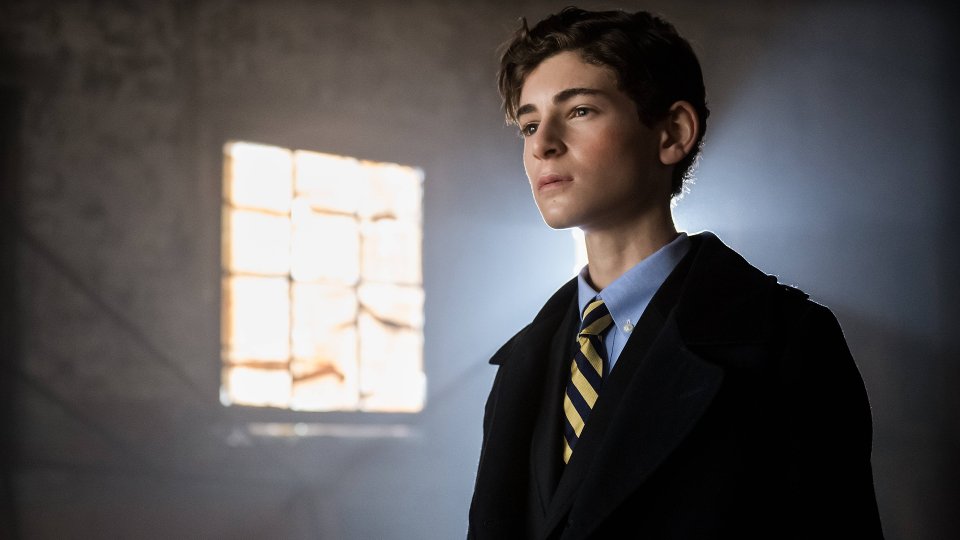 Tabitha (Jessica Lucas) risked the wrath of Theo (James Frain) when she took a hit out on Gordon (Ben McKenzie) on this week’s Gotham.

As Gordon investigated Theo’s condo, he and Barnes (Michael Chiklis) were relentlessly attacked by assassins. After the first one failed, cannibal Eduardo Flamingo (Raúl Castillo) arrived to finish off the job. Gordon got into a fight with Flamingo and arrested him but before he gets to prison, Flamingo killed another officer.

Elsewhere in the episode Bruce (David Mazouz) struggled to deal with Alfred’s (Sean Pertwee) attempts to protect him, Edward Nygma (Cory Michael Smith) make friends with Cobblepot (Robin Lord Taylor) after they bonded over murder, and the Order of Saint Dumas arrived in Gotham City.

The next episode of the season is The Son of Gotham. Bruce Wayne gets one step closer to his parents’ killer, while Jim Gordon continues his hunt into the past of Galavan.