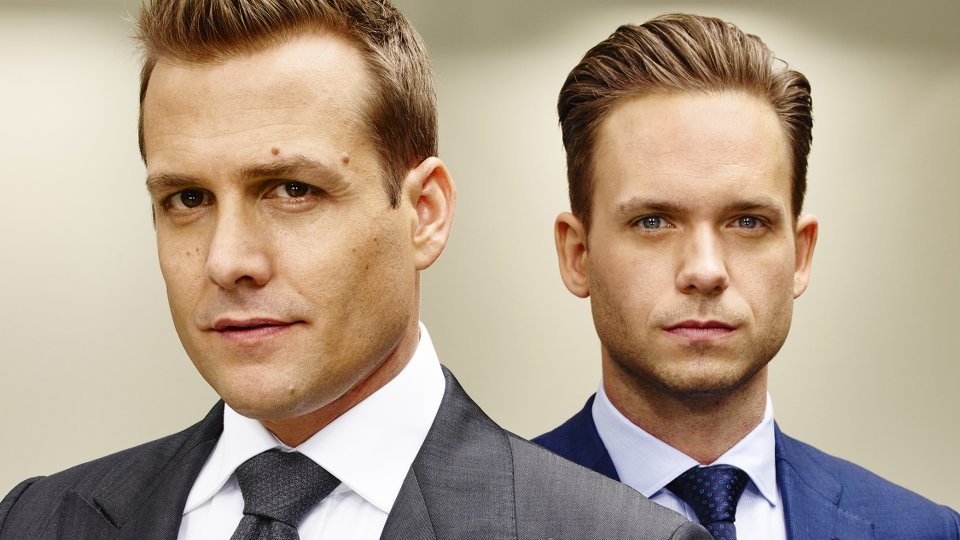 Suits’ season 5 finale was a game-changer taking the show into uncharted territory and away from its original premise.

If you haven’t seen the season 5 finale of Suits and want to avoid spoilers, we suggest you stop reading now. If you have seen it and want to hear our thoughts on the next season then keep reading.

Anyone expecting a neat resolution that saw Mike (Patrick J. Adams) getting away with his fraud was sorely disappointed when the credits rolled on Suits’ season 5 finale. After deciding to accept a plea deal with Gibbs (Leslie Hope), Mike soon realised his mistake when Harvey (Gabriel Macht) admitted that the jury were going to find him innocent.

Rachel (Meghan Markle) was desperate to marry Mike before he went to prison, despite her parents’ wishes but Mike decided that it wasn’t right for them to marry under the circumstances. Harvey accompanied Mike to prison and two shared a brief exchange before Mike turned himself in.

Elsewhere in the episode news of Mike’s plea deal sent all of the staff at Pearson Specter Litt running. Jessica (Gina Torres), Louis (Rick Hoffman) and Donna (Sarah Rafferty) returned to the offices to find everyone gone.

Show creator Aaron Korsh has already confirmed that season 6 will pick up on the same evening as the season 5 finale meaning that there will be no time jump and viewers will get to see Mike adjusting to life in prison.

We’ve started thinking about what we want to see when the show returns for a sixth season.

1. Mike to redeem himself in prison. The last thing we want is for Harvey to find a convenient loophole to get Mike out of prison. Mike has admitted that he wasn’t really a lawyer meaning that he won’t be able to practice law again or train to be a lawyer as there’s no way the bar would let someone in who has committed fraud making them look bad. We expect Mike will get involved with the affairs of the prisoners and try to do some good to help them.

2. Pearson Specter Litt to get its groove back. There’s no denying that the firm is facing an uphill battle. Once the envy of the law world, the firm has suffered a humiliating fall from grace, which has put its integrity and reputation into freefall. Jessica understood that the firm may need to downsize in order to get back on top and with Harvey and Louis by her side we’re confident the firm will find its feet once again.

3. Rachel to keep her promise to Mike. She said that she’d wait for him to get out of prison but two years is going to be a long wait. We highly doubt Mike will stay in prison for his full sentence but we hope that Rachel doesn’t stray for Mike as she deals with her anger and upset over the fact that he agreed to jail time when he really didn’t need to.

4. The return of Daniel Hardman (David Costabile). If there’s going to be one thorn in Jessica’s side during season 6 it should be her former partner. After he was unceremoniously kicked out of the firm for his shady and underhand ways, surely Daniel will be on hand to gloat at Jessica’s downfall. After all what she did was in many ways as bad as what he himself had done.

5. Harvey to redeem himself. It’s not only Mike that needs to redeem himself in season 6. After all it was Harvey who hired Mike in the first place and kept his secret. If it hadn’t been for Harvey, Jessica and the firm wouldn’t be in the position they are now.

6. Louis to step up. He’s spent so long playing both sides, mostly because he can’t handle his pride being hurt. Now that Jessica needs him the most, Louis has a real opportunity to earn that partnership he blackmailed from her. We’re sure Louis will always be torn between what’s right and what’s wrong but this is his time to truly shine.

7. Donna to help Harvey find a way to get Mike out of prison. If there’s one character we can never get enough of on Suits, it’s Donna. After switching from Harvey to Louis back to Harvey this season, Donna has proven her loyalty to Harvey and Mike time and time again. She was willing to take the fall in order for Harvey to use Liberty Rail to get Mike out of Gibbs’ clutches. We want to see her working side-by-side with Harvey to set Mike free.

8. More Donna and Rachel. We love how the gal pals have grown their friendship this past season. They have been support for each other and a shoulder to cry on when things have hit the fan. Any scene with the two of them together is always a highlight on the show.

9. Jeff Malone (D.B. Woodside) to return. Jessica’s former lover, and employee, made a brief appearance this season when Jessica asked for his help. We’d like to see Jeff back on the team full-time. He’s good at his job, good for Jessica and he could help the firm get back on its feet.

10. More season-long arcs. One of the things we loved about season 5 is that each half of the season had distinctive arcs. As much as we enjoyed the cases of the week, Suits has never been as addictive as it was this past season. Allowing storylines to breathe for longer periods definitely benefits the show.

Suits is expected to return to USA Network in the US and Dave in the UK this summer.