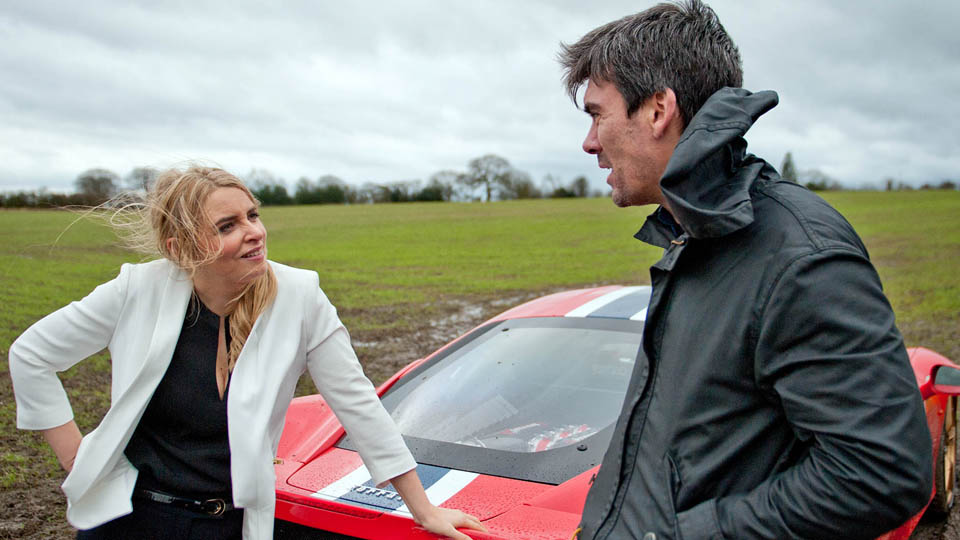 Welcome to our look ahead at what’s happening in the sleepy Yorkshire village of Emmerdale this week.

It’s a proper return to the show for Charity who is released from prison, Carly reveals a shocking secret to Marlon and will Rakesh and Priya get married?

Charity is back and scheming already!

Chas and Cain think that Charity has done a runner when they go to the prison to collect her and she’s nowhere to be found despite having been discharged.  Moira does her best to comfort Noah and promise he can stay at the farm with her and Cain if his mum doesn’t come home.

The police arrive at the farm and question Cain over a stolen Ferrari, but he genuinely doesn’t know anything about it.  That is until later when he and Moira go for a drive and come across a load of sheep blocking the road.  When they get out to herd them out of the way, they see the missing Ferrari and are shocked when Charity steps out of it and tells them she couldn’t come back from prison empty handed.

Cain warns Charity she’ll be going straight down to the police station if there is trouble over the stolen car and she regrets she’s already at loggerheads with Cain. Charity has another plan up her sleeve but is privately worried if she can pull it off.  After being chucked out of the farm by Moira, she goes to see Emma and uses Moses as leverage.   Just what scheme has she got up her sleeve now and will Emma play ball?  There’s a conniving twosome we wouldn’t want to mess with!

An already suspicious Emma, is further concerned when she sees April’s bruises and raises her concerns over Carly to James and Ross.  The latter decides to tell Marlon that there’s a chance Carly has hurt April.  Carly is angry when Marlon accuses her and flies off the handle, leaving Marlon gobsmacked.  When Bob sees the bruising he asks April how she got them and she insists she fell over and it wasn’t Carly.

Emma is not happy with Marlon’s lack of action and takes it upon herself to call social services.  Marlon is shocked when a social worker turns up and asks questions regarding April and Carly.  When Carly brings April home, she makes a big admission;  she had a son who died of ‘Sudden Unexplained Infant Death’.  She swears Marlon to secrecy, explaining that not even Bob knows.  They are both left surprised when April walks in and confesses who gave her the bruises.

It looks like the impending nuptials are causing Rakesh some financial strain that he’s trying to keep hidden from the future Mrs Kotecha.  Jimmy is an unlikely ear for Rakesh and tells him that he should be upfront with Priya, she would understand.  Rakesh knows he needs to do something but doesn’t tell Jimmy about Charity’s plan.

Rakesh resorts to pawning his watch and is also upbeat about the possibility of selling one of the flats he’s converted.  He’s gutted when he gets a call to say the buyers have pulled out of the sale.  He hits the bottle hard at his stag do and ends up telling Jai about the extent of his money problems.

Priya is nervous about the wedding and is suspicious of Jai’s attitude over Rakesh but Rishi reassures her everything will be fine.  Meanwhile, Rakesh confides to Jimmy he has a new possibility to ask for help with his money issues and hopes the wedding will still go ahead as planned.

Rishi and Priya are confused when the building site manager arrives and says Rakesh owes him money.  It’s not long before Jimmy puts his foot in it and Priya storms off to look for Rakesh at Home Farm.  She’s not pleased to walk in on Rakesh hugging Chrissie, who unbeknownst to Priya, has just agreed to lend him the money for the wedding caterers.

Priya is fuming that Rakesh has been lying to her about their money situation and tells him she saw him with Chrissie.  As Rakesh confesses the extent of his money worries, Priya runs off upset.  Later, he finds her and tries to explain and Priya says she doesn’t need a big, flashy wedding.  He asks her again if she’ll marry him and she’s left with a decision to make.  Meanwhile in the pub, everyone is waiting and wondering where the wedding couple are but are shocked when the pair arrive.

Sam misreads the situation with Megan

Zak is concerned when Sam says he and Megan will be a couple soon and Joanie points out to Zak that perhaps Megan is leading him on.  Later, Sam is devastated when he overhears Megan tell Vanessa that her and Sam will never be more than friends.

Meanwhile, Megan apologises to Jai for her outburst and says that he can be involved in the baby’s life on the condition that he stays away from Leyla.  She’s clearly struggling with her daughter being in hospital with suspected brain damage and becomes irate with the nurse.  Vanessa witnesses the episode and gets Megan to open up to her and she admits to feeling like she’s grieving for the healthy baby she expected; she feels like she’s lost a child.  As the nurse hands Megan the baby for the first time, Megan tells Jai she wants to call her Eliza.

Later, Megan finds is difficult to accept what the doctors tell her, how much more can she take?

Rhona gets her revenge

When Leo gets a new teaching assistant, a man called Chris, Rhona sees an opportunity for revenge and flirts outrageously with him.  When Chris leaves, Paddy questions Rhona about her behaviour and she finally lets out all her feelings.  It’s clear she’s still massively bitter towards Paddy and their relationship is laid on the line when Paddy walks away.

Marlon is aghast when he learns that Paddy had been having an affair.  Rhona struggles to hold her feelings in as Paddy explains things to Marlon, saying he wants things to work out between them.  Marlon comforts Rhona as she breaks down and admits she’s not sure what she wants any more.

Rhona sets out to mend bridges with Pearl and confesses that Paddy had an affair but doesn’t tell her who with.

Chrissie decides to look to the future, rather than dwell on the past and thanks Andy for his advice about her Dad’s DNA test.  Bernice tells her she needs to get out and have some fun after the rough couple of years.  Could Andy be involved in this fun?

Finn thinks the ghost of Val may be haunting the B&B as things seem to be miraculously fixing themselves.  Could Doug have a part to play in this and why is he interested in Chas’ stripper past?

Emma is delighted when James suggests they buy a place together and it’s not long before they are considering buying one of Rakesh’s flat conversions.

Pearl tries to reboot Harriett’s love life by setting her up with a client from the vets, but she’s not interested.