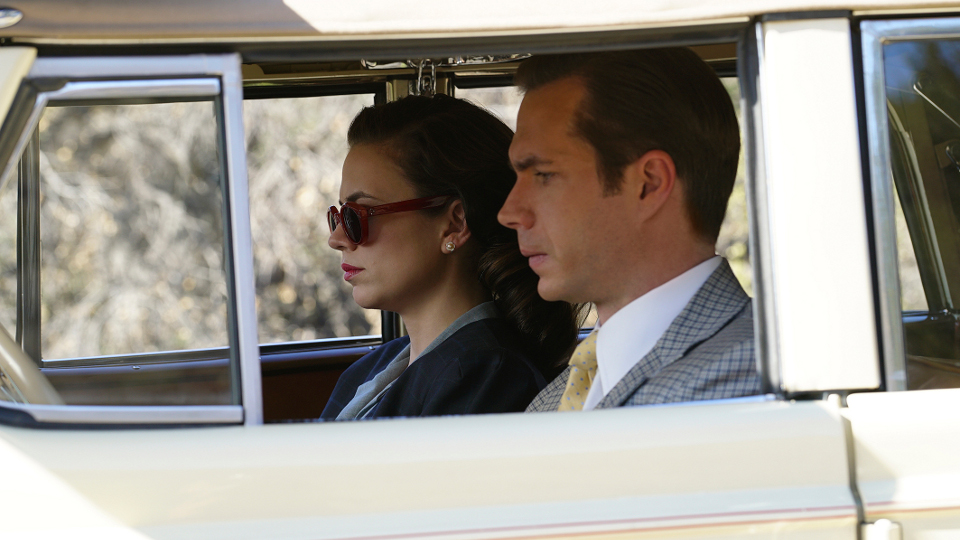 In the latest episode of Agent Carter, Wilkes became desperate to stablise himself before fading away completely. To do this he designed a containment chamber but required more Zero Matter.

Carter (Hayley Atwell) was still recovering from her injury and realised she would need help to get to Whitney Frost, the only remaining source of Zero Matter. To do this she came up with a crazy plan to break Dottie Underwood out of prison.

Underwood is very unpredictable and always has her own agenda but she agreed to help. As soon as Carter broke her out Underwood attempted to take flight but Souza was waiting with one of Stark’s inventions, an electrified net.

They got Underwood all dressed up as she was to attend a campaign event of Chadwicks along with Jarvis. There her mission was to get close to Frost and use a vacuum syringe to extract a sample of Zero Matter. Matters were complicated when Masters and Thompson also showed up at the event.

After securing the sample she found herself in the council chamber where a meeting was about to take place. She witnessed Chadwick betray Frost by trying to restrain her. In just a few short seconds Frost unleashed the Zero Matter and absorbed Chadwick and half the council.

Frost declared herself in charge of the remaining council and had Thompson capture Frost for her. Jarvis was able to recover the sample and take it back to Carter.

The next episode of season two is Monsters. As Peggy plots a rescue mission, Whitney hunts for even more dark power; and Jarvis learns he should not make promises he cannot keep.