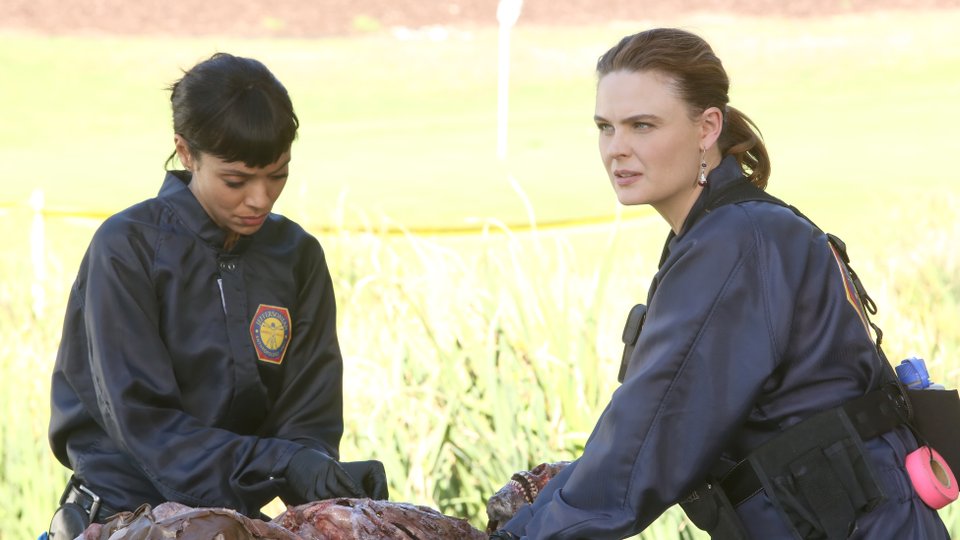 Brennan (Emily Deschanel) and Booth (David Boreanaz) were called to investigate the death of an escape artist on the latest episode of Bones.

After a body was found in the wood by some cyclists, Booth and Brennan took on the case which led them to the Magic Palace. Piecing together the life of the woman who was murdered, they questioned her friends and colleagues at the Magic Castle eventually uncovering the murderer.

Elsewhere in the episode Sebastian Kohl (Gil Darnell) returned to work with Angela (Michaela Conlin) leading Cam (Tamara Taylor) to get suspicious about the nature of their relationship. She soon found out that Sebastian was interested in her, not Angela, but wasn’t sure she was ready for a new relationship.

The next episode of the season is High Treason in the Holiday Season. The murder of a powerful journalist leads the team into dangerous waters.