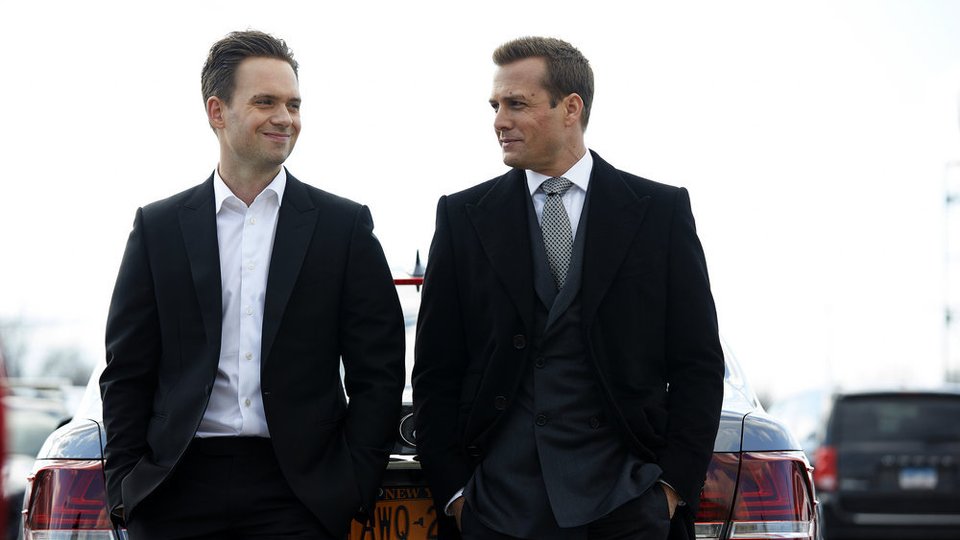 After defending himself in court, Mike refused to leave the courthouse until the verdict came in from the jury. He kept himself occupied by taking on a case to help a man accused of selling stolen TVs and enlisted Rachel’s (Meghan Markle) help.

After his client decided to take a bad deal and sell-out his friends, Mike realised that he had to come clean in order to protect those he loved. As Mike arrived at Gibbs’ office to take a deal, Harvey (Gabriel Macht) rushed to stop him but will he get there in time?

Elsewhere in the episode Louis (Rick Hoffman) contemplated turning on the firm to save himself, Jessica (Gina Torres) ordered Harvey to find a way to get a mistrial, and Donna (Sarah Rafferty) refused to ask a friend of hers to break the law to help Harvey win Mike’s case.

The season finale is 25th Hour. Mike’s day of reckoning draws near, but he has one last play.

Tune in to Dave HD at 10pm on Monday to see the episode. Preview it with our gallery below: