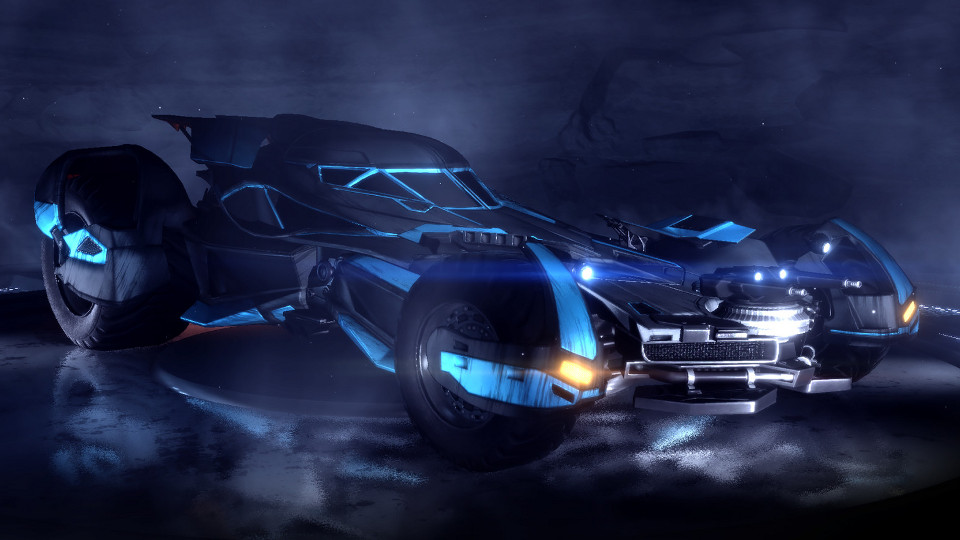 Psyonix and Warner Bros. Interactive Entertainment have announced new DLC for Rocket League. Fans will soon get to take control of the world-famous and iconic Batmobile from the highly anticipated Warner Bros. Pictures film Batman v Superman: Dawn of Justice.

The Batman v Superman: Dawn of Justice Car Pack will put players behind the wheel of the renowned crime-fighting vehicle, which has been faithfully recreated in Rocket League, to mirror Batman’s ride in the upcoming film. In addition to the Batmobile itself, the Car Pack will also include three exclusive Antenna Flags that allow players to show their allegiance to Batman, Superman or Wonder Woman.

The Batman v Superman: Dawn of Justice Car Pack is licensed by Warner Bros. Interactive Entertainment. The pack will release on March 8th for PS4, Xbox One, and Windows PC via Steam at a cost of $1.99 USD (~£1.59).

Read our Rocket League review to see what we thought of the game or check out the official Rocket League website for more information.

Watch the teaser trailer for the DLC below: