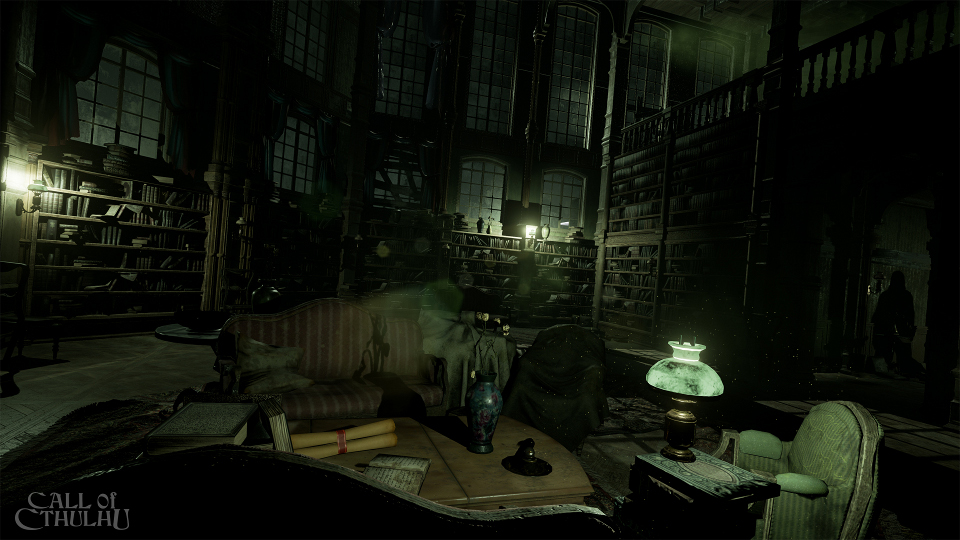 An official video game adaptation of Chaosium’s pen & paper RPG Call of Cthulhu will be coming in 2017. The game will brin H. P. Lovecraft’s famously twisted universe to life on consoles and PC.

The Cthulhu Mythos has grown to become one of the largest shared universes ever envisioned, giving birth to countless stories, novels, and even movies ever since the original publication of Lovecraft’s The Call of Cthulhu. The developers have released the first screenshots from the game, which showcase the dark, oppressive ambiance of the game’s semi-open environments built in Unreal Engine 4.

Developed by Cyanide, Call of Cthulhu is an RPG-Investigation game with psychological horror and stealth mechanics, set in a deeply immersive world. On a mission to find the truth behind the death of an acclaimed artist and her family on a backwater island, the player will soon uncover a more disturbing truth as the Great Dreamer, Cthulhu, prepares its awakening…

Check out the first Call of Cthulhu screenshots in our gallery below:

In this article:Call of Cthulhu, Cyanide, Focus Home Interactive, PC, PS4, Xbox One