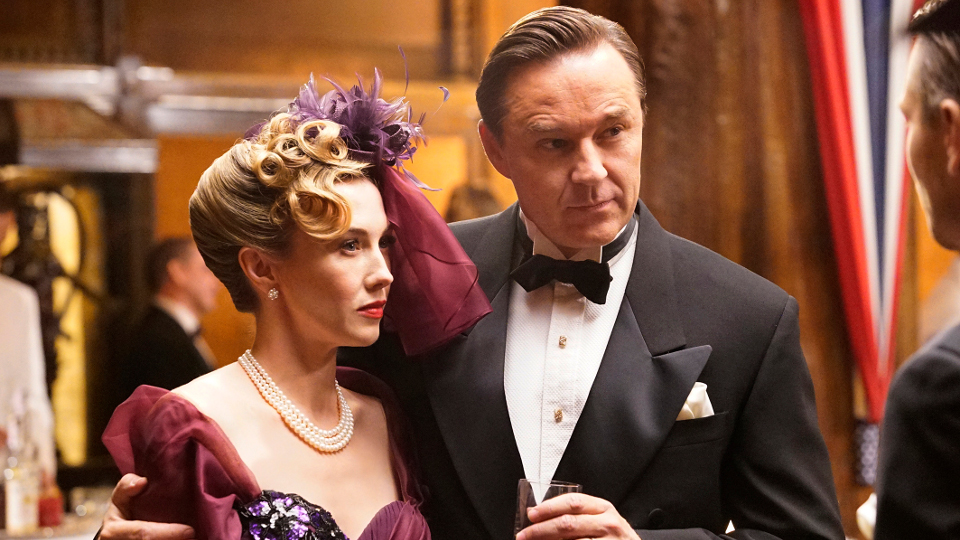 In the latest episode of Agent Carter, Wilkes discovered he was drawn to the Zero Matter in a sample from the body of the deceased physicist Jane Scott. Moving close to the sample he absorbed it which temporarily gave him a physical presence again. After the absorption he also realised he knew the location of her body.

Carter (Hayley Atwell) cooked up a plan to steal Scott’s body and took Jarvis along for help. Her hope was that the Zero Matter would be able to fully restore Wilkes. They accessed the building where Scott’s body was via a vent. They crawled through an air duct to the room where it was being held.

Before they could get to her body Whitney Frost arrived and absorbed the Zero Matter for herself growing her powers even further. She then told Chadwick that she wanted to steal an atomic bomb from the Council. Her aim was to recreate the explosion that produced the Zero Matter in the first place. To steal a bomb they needed help so Frost went to an ex-boyfriend who happens to be a crime lord. They agreed a deal to keep him out of the media using Chadwick’s influence in exchange for the use of his men.

Jarvis used knowledge gained from Howard Stark to guess which location the atomic bombs would be held at. Then along with Sousa and help from the SSR they broke in to disable them before Frost could get there. Carter had a fight with Frost to slow her down and almost got absorbed by her Zero Matter. The fight ended when Carter fell and found herself impaled on an iron bar.

Sousa and Jarvis rushed Carter to his fiancée’s house for medical attention. After patching her up she realised that Sousa really loved Carter. At the end of the episode as Carter is resting Wilkes began to fade away to nothing again.

The sixth episode of season two is Life of the Party. When Peggy realizes she cannot save Wilkes on her own, she turns to her most unexpected adversary for help while Whitney makes a move to control the deadly Zero Matter.