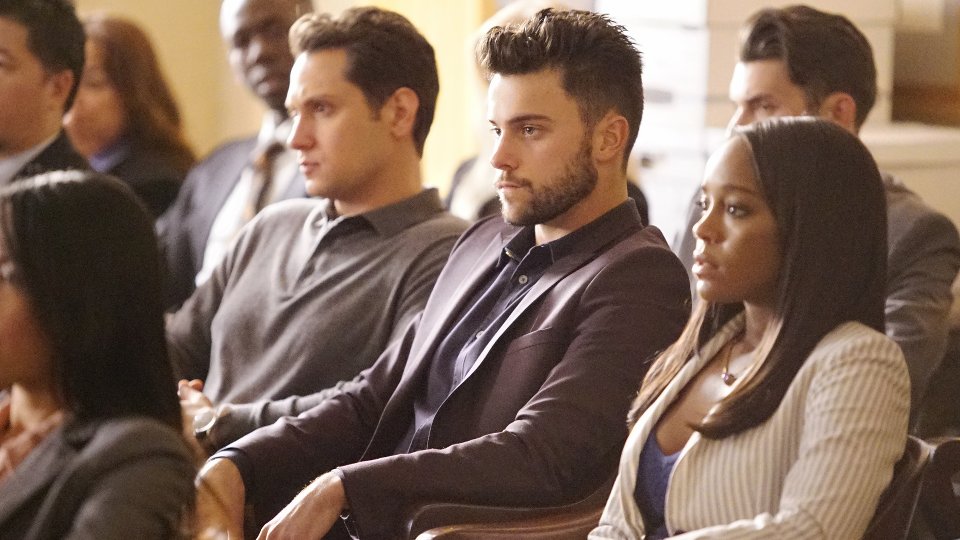 How to Get Away With Murder left us on quite the cliffhanger after Annalise (Viola Davis) pushed Wes (Alfred Enoch) too far and he left her for dead after shooting her.

In a surprise twist Annalise’s plan backfired spectacularly as she tried to frame Catherine (Amy Okuda) for the incident and the murder of her and Caleb’s (Kendrick Sampson) parents.

The episode also threw us a shocker when a flashback revealed that Annalise and Eve (Famke Janssen) were present when a 12-year old boy by the name of Christophe (now known as Wes) was being questioned about his mother’s suicide.

The next episode of the season is What Happened to You, Annalise? Following the shocking revelation that Wes gunned down Annalise, he and his fellow students must deal with the aftermath.

In this article:Alfred Enoch, Famke Janssen, How To Get Away With Murder, Viola Davis