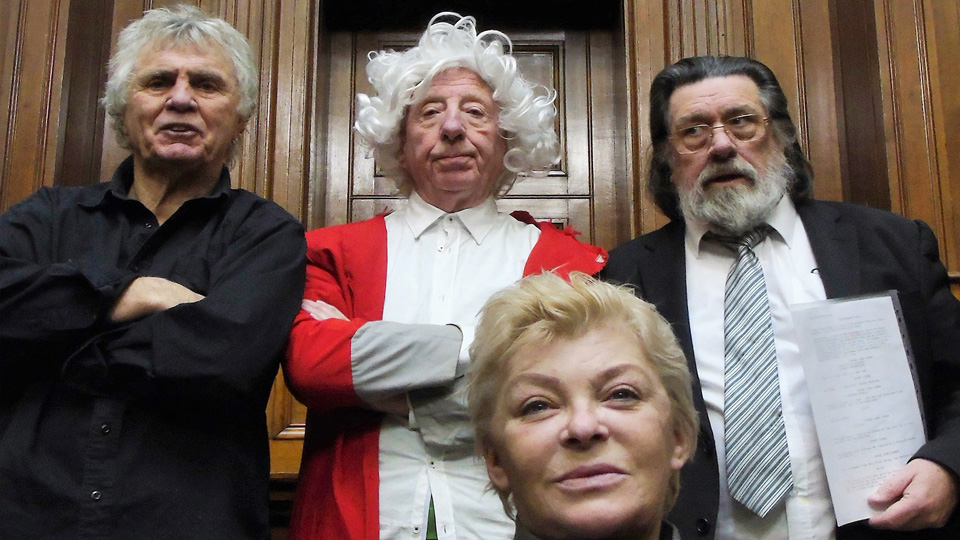 Liverpool’s St George’s Hall have announced a unique evening of entertainment in their historic Civil Courtrooms, where ticket holders become the jury on a personal Civil Court Case between two of Merseyside’s top comedians.

Civil Court Case No. 45 – The Trial of Tomlinson Versus Boardman will take place over three nights from Sunday 13th to Tuesday 15th March.

Mr Ricky Tomlinson and Mr Stan Boardman have been neighbours for over 30 years and also good friends, until Ricky went on holiday and asked Stan to look after his dog. Ricky gave Stan £60.00 for dog food to feed the dog for three weeks whilst he was away. Ricky says Stan never fed his dog and wants to know what happened to the £60.00 he gave him. Stan is counter-suing Ricky for £3000.00 worth of electricity which he says Ricky stole from his house to work his fly-mo and to cultivate plants that he grows in his loft.

Alan Smith, manager of St Georges Hall said: “St George’s Hall is delighted to welcome a number of the Liverpool comedy “Glitterati” to the hall to perform in the Civil Courtroom, it’s such a delight to be able to have such quality performers appearing in the court, and bringing comedy, laughter and joy into a space that has also had more than its fair share of sorrow and hardship.”