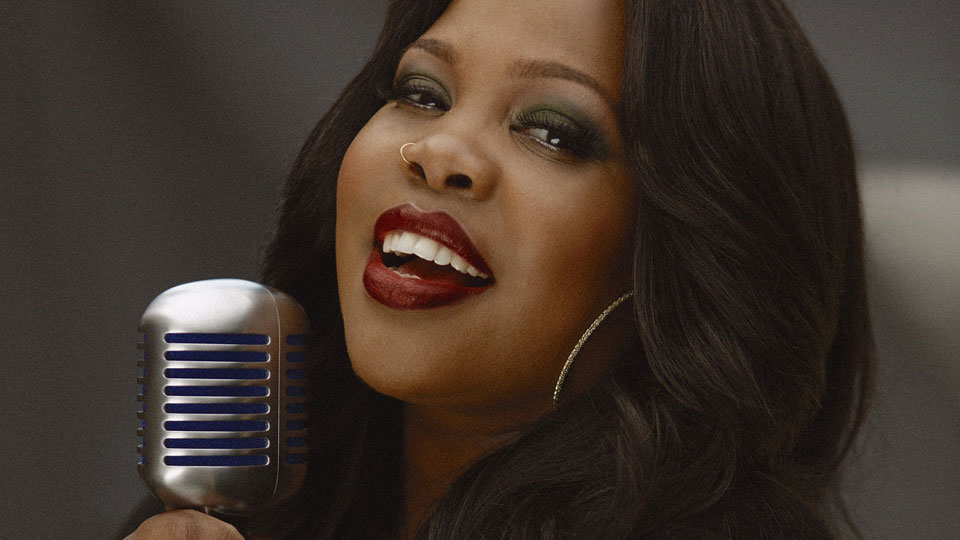 Amber Riley to star in Dreamgirls

Amber Riley will make her West End debut this year in the UK premiere of the Tony-Award winning musical Dreamgirls. The American actress and singer best known for her role as Mercedes Jones in the Golden Globe Award winning television musical comedy Glee, will play soulful singer Effie White in the production which will open at the Savoy Theatre with performances from November 2016. Tickets will go on sale this spring with further dates, casting and creative team to be announced soon.

Amber Riley says: “I am so honoured and excited to not only be playing such an iconic role, but also to be working with Sonia Friedman and Casey Nicholaw. Working on the West End is now a dream realised, I just feel like this is going to be something special!”

Olivier and Tony-Award winning Casey Nicholaw (The Book of Mormon, Disney’s Aladdin and Something Rotten!) will direct and choreograph Dreamgirls and says: “I am beyond thrilled to be directing and choreographing Dreamgirls in the West End. It was one of the first shows I saw when I moved to New York in 1982 and has been my favourite show ever since. We’ve begun to assemble a terrific cast of actors here in the UK. We also have a terrific design team lined up – it’s going to be a smart and sexy production. I’m so excited about working with Amber. I loved her on Glee and when her name came up for this, I thought – Wow, I think she could be incredible – and then when she came in to audition for us, she blew us away!”

Presented in the West End by Sonia Friedman Productions (Harry Potter and the Cursed Child, The Book of Mormon and Funny Girl), Sonia Friedman says of Dreamgirls: “This great, now classic American musical is coming to London at long last, and I couldn’t be more excited to confirm that Amber Riley will be joining the cast of Dreamgirls for the West End season. This new production will begin performances later this year, directed by the brilliant, multi-award winning Broadway director Casey Nicholaw. Having met Amber and having had the privilege of hearing her sing two of the iconic songs from Dreamgirls: ‘And I Am Telling You I’m Not Going’ and ‘I Am Changing’ – I was left with goosebumps, tingles and tears; I was completely knocked out by this talented performer. London is very lucky to be the first to see her Effie.”

Inspired by R&B music acts in 1960s America, Dreamgirls transports you to a revolutionary time in American music history. Dreamgirls charts the tumultuous journey of a young female singing trio, from Chicago, Illinois called ‘The Dreams’, as they learn the hard lesson that show business is as tough as it is fabulous and features the classic songs And I Am Telling You I’m Not Going, I Am Changing and One Night Only.

Greg Jamesonhttp://www.gregoryjameson.com
Book editor, with an interest in cult TV.
Previous article
Cast for Something Something Lazarus at the King’s Head
Next article
Musical Revivals to come to Manchester

‘Dreamgirls’ to embark on UK Tour starting in December 2021

5 reasons you need to see Dreamgirls on the West End