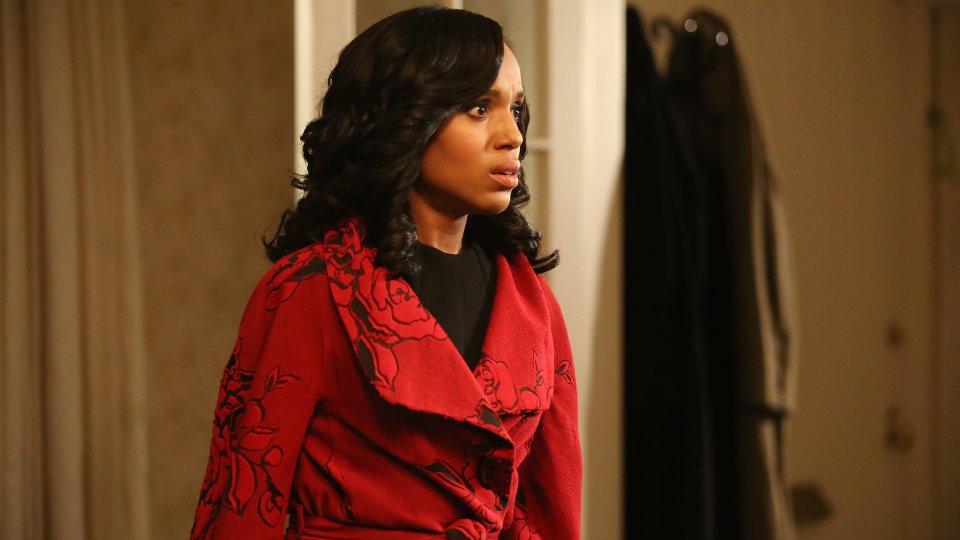 Scandal returns to our screens in the UK in just under 2 weeks and it’s felt like a very long wait since that jaw-dropping mid-season finale.

Seemingly out of nowhere Olivia (Kerry Washington) took herself off to get an abortion, which is the first any of us knew that she was pregnant. Her relationship with Fitz (Tony Goldwyn) fizzled out as the two realised that they wanted very different things and Olivia struggled with the pressures and expectations of being First Lady.

Elsewhere in the episode Jake (Scott Foley) was revealed to be in league with Rowan (Joe Morton), and Mellie (Bellamy Young) proved her power and determination by staging a filibuster.

The next episode of the season is It’s Hard out Here for a General. It’s been six months since Olivia and Fitz have broken up, and they are both handling their newfound freedom in very different ways. Meanwhile, the Pope and Associates team take on a case that could lead to a national crisis.

Tune in to Sky Living HD at 10pm Thursday 3rd March 2016 to see the episode. Preview it with our gallery below: