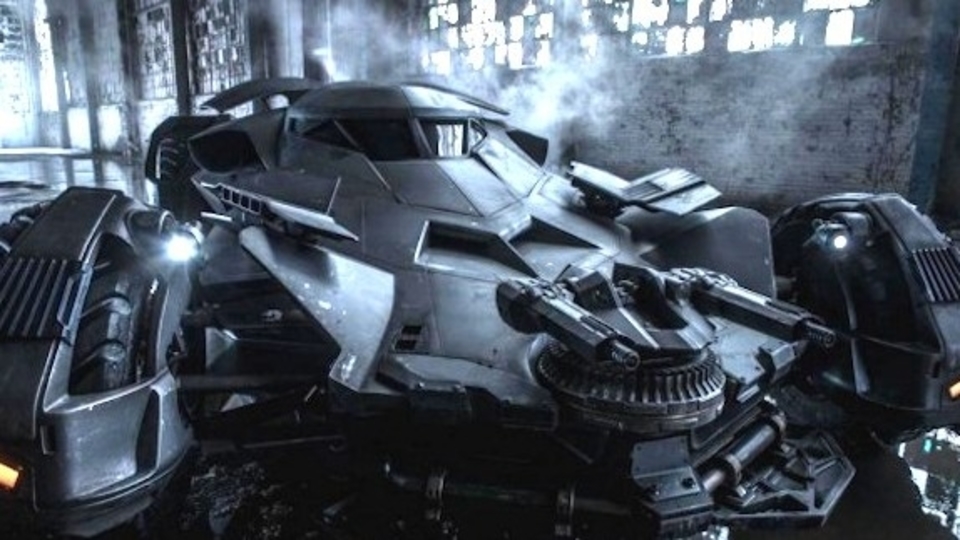 If you are in London this weekend you aren’t going to want to miss this! You can see the actual Batmobile used in Batman v Superman: Dawn of Justice when it’s on display in Leicester Square!

Ahead of the film’s release on 25th March, Warner Bros. Pictures UK will be showcasing the incredible car at the Odeon Leicester Square on from Friday 19th to Sunday 21st February.

Measuring 21ft long by 11ft wide and boasting a 50mm Twin Rotating front cannon, the 3500kg Batmobile is an awesome presence, with both cinemagoers and passers-by getting the opportunity to take photographs thanks to the Odeon’s glass-fronted lobby.

Batman v Superman is the highly anticipated coming together of DC Comics most celebrated heroes in an epic battle. Fearing the actions of a god-like super hero left unchecked, Gotham City’s own formidable, forceful vigilante takes on Metropolis’s most revered, modern-day saviour, while the world wrestles with what sort of hero it really needs. And with Batman and Superman at war with one another, a new threat quickly arises, putting mankind in greater danger than it’s ever known before.

Batman v Superman opens across the UK on 25th March.