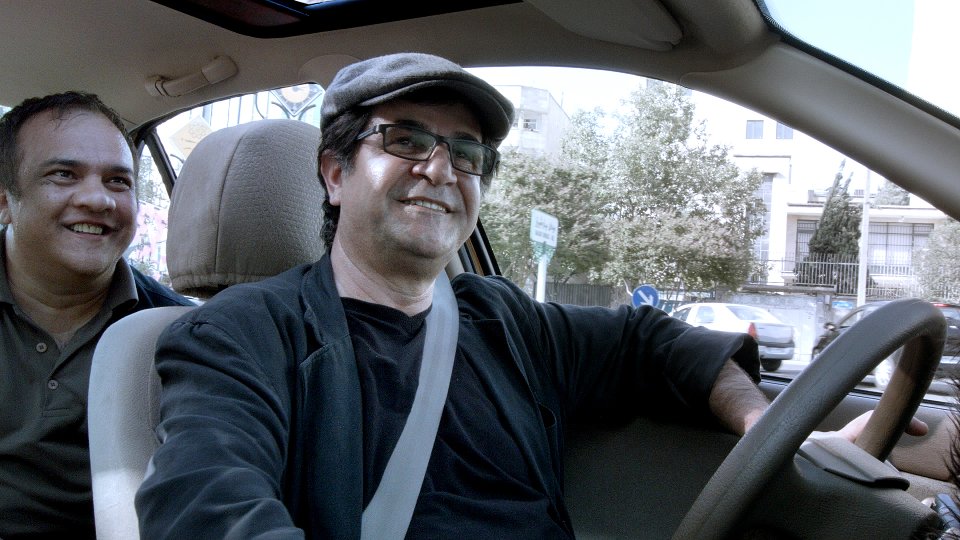 Following in the footsteps of such film artists as Tarkovsky and Kiarostami, Jafar Panahi is another filmmaker compelled to create art from under the strict controls of an oppressive regime. In 2010 he was jailed for committing crimes against Iran’s national security and for propaganda against the Islamic Republic. He was also banned from filmmaking for 20 years. He has since had to resort to extraordinary measures not only to create his films, but to have them seen by the public. His documentary This is Not a Film was famously smuggled out of Iran on a flash drive hidden in a cake.

In Taxi Tehran (which won the Golden Bear at last years Berlin Film Festival), Panahi kits out a cab with hidden cameras and then drives around Tehran, picking up passengers and having conversations with them. There are trips to the hospital, confrontations with faces from the past, and colourful discussions on the death penalty, movie making, sordid realism and social and political justice.

The first question I found myself asking was, are these passengers actors? Then I realised it is completely irrelevant. As the film progresses, the façade of realism starts to disappear. The passengers may not be professional actors, but it is clear they are being meticulously directed. However, the film is no less vital once the artifice of what Panahi is creating becomes apparent.

In its brief running time, Taxi Tehran presents a stunning snapshot of life in the Iranian capital, full of warmth, humour and passion for its subject.

One of the passengers, the growth-stunted Mr Omid, Tehran’s very own Pirate King is a fascinating character. He sells illegal copies of foreign (Western) films and TV shows to the citizens of Tehran, including Mr Panahi himself. His criminal actions are entirely justified in his own mind as he brings banned films to the thirsty cultural minds of young Iranians. “Without me”, he declares “no more Woody Allen.”

It works both ways of course, as I’m sure the director intended. For without people like Mr Omid, there would be no Jafar Panahi for the rest of the world.

The heart of the film however rests in the sequence with Panahi’s niece, Hana. He picks her up from school, and she tells him that she has to make a film for a project. However, the teacher has given her a strict list of regulations that the film must abide by, lest it descend into “sordid realism” and making it “un-distributable.” And if there is one thing that Jafar Panahi knows about, it is the cost of making an un-distributable film.

Tellingly, there are no end credits to Taxi Tehran, so as to protect any who collaborated in the film’s production from persecution. This is cinema at its most humane and thought provoking, and I highly recommend you seek it out.