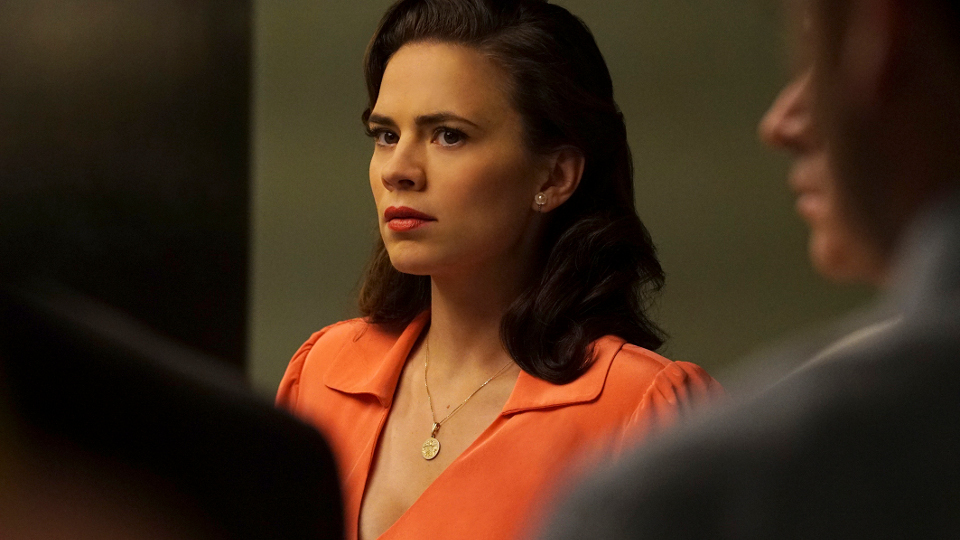 In the latest episode of Agent Carter, Peggy (Hayley Atwell) was investigating the explosion at Isodyne to try and figure out what had happened to Wilkes and the Zero Matter. During a search of his house she uncovered what she believed to be planted evidence painting Wilkes as a Soviet spy.

Her efforts were further hampered when Agent Thompson, her SSR superior, turned up unannounced to close the case and send her back to New York. He’s a complex character who seems quite conflicted in what to do for the best. He still seems to see Peggy as a threat and likes to talk down to her. It was revealed in this episode that he’s actually working under pressure from the FBI so not necessarily doing everything by choice. It will be interesting to see his continued development over the series and the evolution of his relationship with Carter.

The episode saw Howard Stark (Dominic Cooper) put in his first appearance this season. His latest interest is movie making but he cames to help Peggy as soon as she needed him. He and Jarvis are still working on their experiments and they set to work on a new one when Peggy notices objects behaving strangely around her. Their new concoction was aimed at making a strange gravitational field around Peggy visible.

Upon spraying the invisible field they revealed that Wilkes was actually with them. He currently exists as a kind of ghost outside of the visible spectrum. He’s able to communicate but does not have a corporeal form. After explaining the events at Isodyne before the explosion, Wilkes is put to work by Stark on helping him bring him back into the physical world.

Elsewhere this episode we saw Whitney Frost confronted by Carter and she was also trying to manipulate Chadwick. She had managed to conceal the fact that she had absorbed the Zero Matter and the only indication of it was a small black fissure on the side of her head. However when her film director made advances towards her the Zero Matter was unleashed and she absorbed him. Following this the fissure grew slightly presumably an indication that its power is growing.

The fourth episode of season two is Smoke & Mirrors. Agent Carter and the SSR learn there’s more than just a pretty face behind Hollywood star Whitney Frost, Peggy’s most dangerous foe yet.