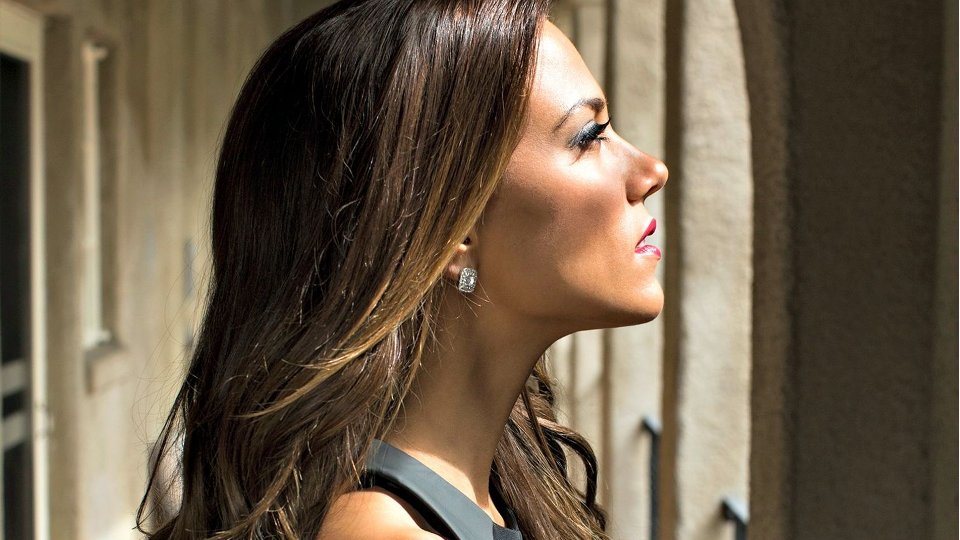 Jana Kramer started her career as an actress and is best-known for her role as Alex Dupre in One Tree Hill. She signed a record deal and her song I Won’t Give Up debuted on One Tree Hill before being released as a digital download. Kramer’s self-titled debut album arrived in 2012 with lead single Why Ya Wanna reaching platinum status. The album achieved moderate success but none of the other singles from the record reached the highs of Why Ya Wanna. In 2014 she released Love, the first single from her second album, and that stalled on the charts. Finally in 2015 she released I Got The Boy, co-written by Jamie Lynn Spears, which gave her a big hit and led to the release of second album Thirty One.

Thirty One was released in the US last year and it’s just recently arrived on this side of the pond. The album wastes no time grabbing your attention with the punchy Boomerang, one of the more uptempo cuts included here. The track was co-written by rising country duo Maddie & Tae and it’s one of the highlights here. Kramer’s vocals sound feisty and they drive a rather raucous melody to a soaring middle finger salute of a chorus.

That song is very different to the gentle acoustic melody of I Got The Boy but it shows variety for the singer who has been criticised for lacking a distinctive identity. It’s clear from Thirty One that Kramer is attempting to address that and she tries on a variety of styles over the album’s 11 songs. Album lead single Love is an optimistic musing on the never-ending search for true love, Don’t Touch My Radio mixes R&B rhythms for a feisty near 3-minutes of country/pop, and the acoustic-driven Just Like in the Movies sees Kramer realising that her lover could be her Mr Perfect.

The moments on the album where Kramer really shines are the feistier ones. The country rock of Bullet is unlike anything we’ve heard from the singer before, and is one of Kramer’s strongest vocals on the record. Aerosmith’s Steven Tyler features on the track and his voice works well with Kramer’s bringing out a rockier edge. The poppy feel of Said No One Ever finds Kramer offering a cynical look at life before smoothing out into a radio-friendly hook that could give her a big hit further down the album campaign.

The album comes to a close with Last Song, which pairs Kramer’s vocals with a sparse piano melody for the first part. It’s the one chance on the album that you really to get to hear what she’s capable of vocally. She sounds strong and emotes throughout suggesting that she could maybe benefit from putting her voice at the front of her music more often.

Thirty One may not satisfy all of Kramer’s critics. There’s no doubt that other female artists such as Carrie Underwood and Miranda Lambert influence her. The amount of variety on the album is great, and Kramer does get a few moments to truly shine. Thirty One is a solid effort from Kramer but it doesn’t quite do enough to truly compete with her contemporaries and grab a larger slice of success on the charts.

Watch the music video for I Got the Boy below:

Advertisement. Scroll to continue reading.
In this article:Jana Kramer