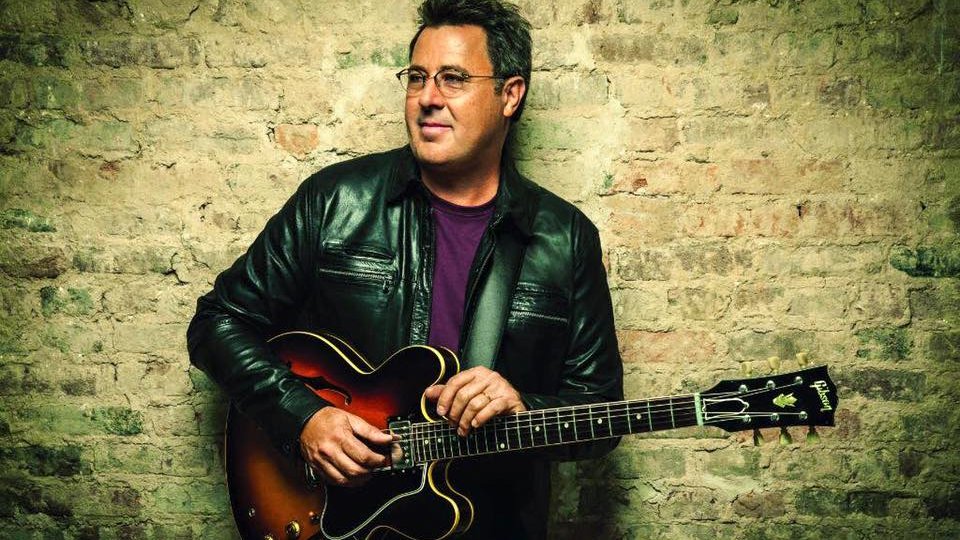 When it comes to country music legends, there’s few that come close to the incomparable Vince Gill. Having been in the industry since 1979, first as part of Pure Prairie League and then as part of Cherry Bombs in 1981, Gill has found most success as a solo artist. In 1984 Gill released his debut album Turn Me Loose and since then he’s sold in excess of 26 million albums. In more recent years he’s collaborated with contemporary artists such as Kelly Clarkson, Cam and Daughtry. This week saw the release of his brand new album Down To My Last Bad Habit.

Long-time fans of Gill’s will be pleased to hear that Down To My Last Bad Habit sticks to the blues and soul inspired country rock that Gill has recorded for much of his career. That’s not a criticism in the slightest, in fact it’s refreshing listening to an artist that recognises his strengths and sticks to them. There’s no attempt here to jump on the contemporary country music bandwagon and the album is all the better for that.

Down To My Last Bad Habit opens with the soft rock of Reasons For the Tears I Cry, which laments the loss of a lover and the frustration of being able to do absolutely nothing about it. The song is almost defiant in its lyrics and Gill’s distinctive vocal elevates with an injection of pure soul. There are a handful of guest appearances across the album including trumpet player Chris Botti on the dreamy One More Mistake I Made, Little Big Town on the Fleetwood Mac-esque Take Me Down, and Cam (Gill’s protégé) on the gentle acoustic number I’ll Be Waiting For You.

Elsewhere on the record When It’s Love embraces Gill’s rock influences for a foot-stomping number, I Can’t Do This is a heartbreaking song about a lover that fallen into the arms of someone else, and Make You Feel Real Good sounds like the kind of bluesy country you’d expect to hear late night at a bar after a few shots of whisky.

The best song on the album is the title track. An unapologetic slab of bluesy country, Down To My Last Bad Habit sees Gill revealing that he can’t get over a former lover even though he’s given up all of his other vices. The lyric is startlingly honest and the song has such a soulful groove that you’ll get lost in it seconds after it begins.

Down To My Last Bad Habit is a really impressive effort from Gill. One of the true traditional country artists left in the genre, Gill continues to pave his path and stays true to his artistic instincts. The end result is a deeply satisfying album with plenty of variety, strong soulful vocals and more than a few hits in the making. Chalk this album up as a triumph!