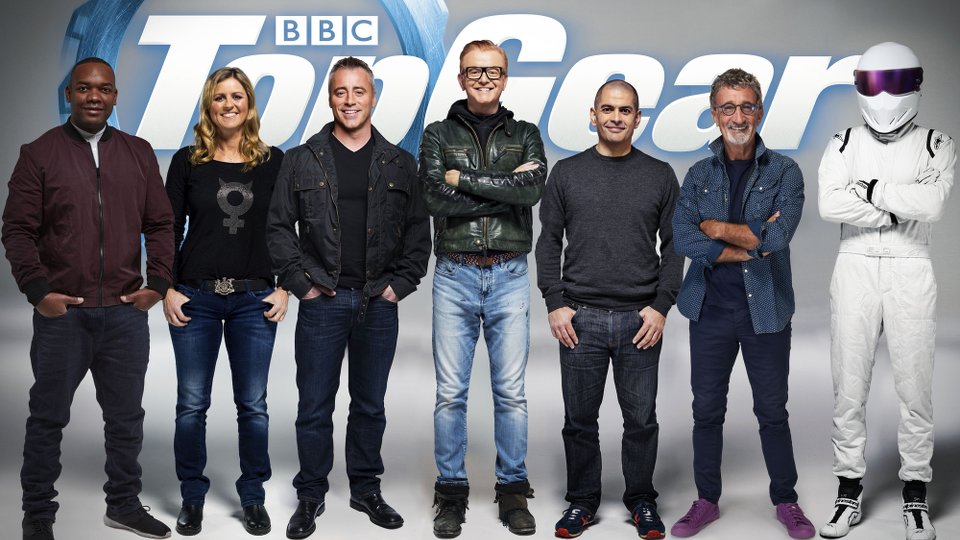 Following the news that Friends star Matt LeBlanc will be one of the new Top Gear presenters alongside Chris Evans, the full line-up has now been revealed.

The new line-up is sure to bring a completely new dynamic to the much-loved show as they cover the entire automotive spectrum and bring with them their own unique and very individual love of cars.

Chris Evans said of the new line-up, “We really do have a bit of everything for everyone. A fellow lifelong petrolhead from the other side of the pond in Matt; a fearless speed-demon in the irrepressible and effervescent Sabine; the encyclopaedic, funny and wonderfully colourful character that is EJ; Chris, one of the world’s top no-nonsense car reviewers; and Rory, who simply blew me away in his audition and fully deserves his place on the team.”

Eddie Jordan said, “I’m giddy with excitement to be joining Chris and the team. I have such enormous respect for all my fellow presenters and I politely ask that they go easy on these old bones. Cars are in my DNA and although I’ve been fortunate enough to accomplish most things I ever aspired to in motorsport, presenting Top Gear is quite simply the icing on the cake.”

Top Gear returns this May to BBC Two. Will you be tuning in to check out the new line-up?