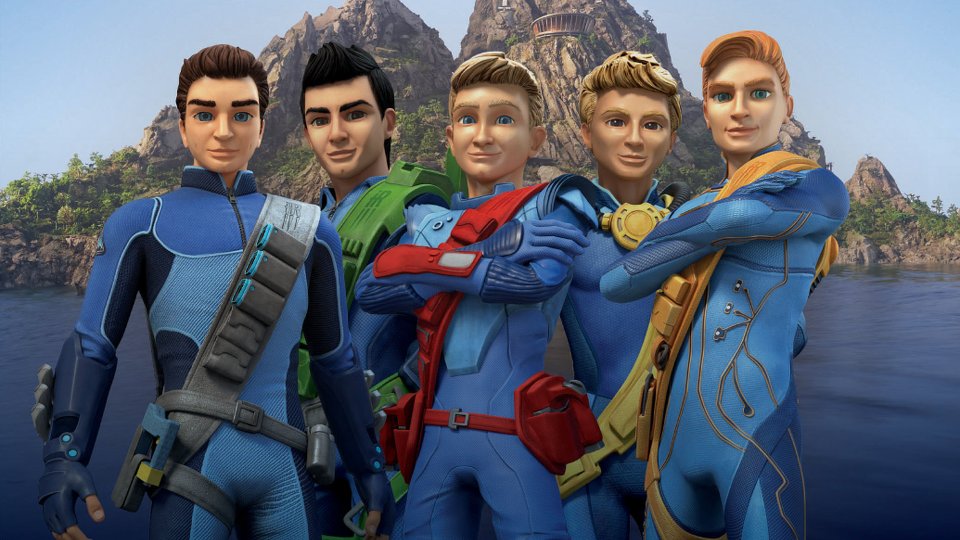 Four seasons of Thunderbirds Are Go have been ordered by Amazon for its Prime Video service it has been announced.

The 13-episode seasons will debut on Prime Video in the UK later this year following its launch in the US. The new series will catapult the five valiant Tracy brothers back onto our screens as the beloved characters Scott, John, Virgil, Gordon and Alan, where they’ll pilot their vehicles from Tracy Island to complete rescue missions across the globe.

The series features Rosamund Pike (Gone Girl) as the voice of Lady Penelope. It will deliver a new level of action-adventure animation using a unique mixture of CGI and live-action model sets.

“We’re thrilled to be collaborating with ITV Studios Global Entertainment on a world-renowned property that kids and families today will embrace,” said Tara Sorensen, Head of Kids Programming at Amazon Studios. “Our customers will enjoy the same action and adventure found on the classic series infused with a contemporary aesthetic and visually stunning world.”

“We are delighted to be working with Amazon to launch Thunderbirds Are Go in the US; their position as an innovative content provider and their passion for the show makes them the perfect partner,” added Dan Gopal, EVP EMEA Distribution and Global Digital Partners for ITV Studios Global Entertainment. “Our strategy is to give audiences the flexibility to watch our content any time, any place, and the launch of Thunderbirds Are Go on Amazon Prime Video means children and families across the US, as well as in the UK, Germany and Austria, will be able to watch the entire series whenever and wherever they want.”

Thunderbirds Are Go will arrive on Amazon Prime Video later this year.