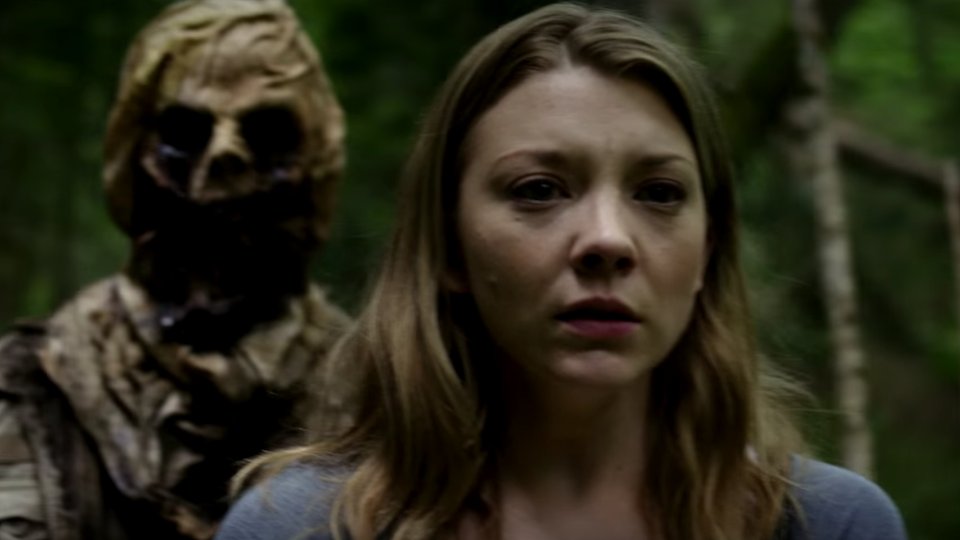 A brand new quad poster has been released for horror movie The Forest.

Shot in the Aokigahara Forest at the base of Mt. Fuji in Japan, the horror stars Natalie Dormer (Game of Thrones), Taylor Kinney (Chicago Fire) and Eoin Macken (Merlin).

An American woman, Sara (Dormer), journeys to the forest in search of her twin sister Jess (also played by Dormer), who has mysteriously disappeared. Frustrated at Jess’ pattern of behavior, Sara’s husband Rob (Macken) is unable to talk his wife out of making the 6,000-mile trip.

After a visit to the school where Jess teaches, the resourceful Sara sets out for the forest itself. Accompanied by a charismatic new acquaintance, expatriate journalist Aiden (Taylor Kinney), she enters the forest having been well warned “do not leave the path.” Forest guide Michi (Japanese star Yukiyoshi Ozawa) keeps a protective eye on them both, but when night falls he cannot dissuade them from staying in the forest, and reluctantly leaves the duo to face the elements alone.

Fear soon fragments Sara’s consciousness; she begins to question Aiden’s motives, including his claim that he has never seen Jess. Determined to discover the truth about her sister’s fate, Sara will have to face the angry and tormented souls of the dead that prey on anyone who dares come near them. These malevolent spirits lying in wait for Sara at every turn will plunge her into a frightening darkness from which she must fight to save herself.

The Forest is directed by Jason Zada and will be released in UK cinemas on 26th February 2016. Take a look at the poster and the trailer below:

In this article:Eoin Macken, Natalie Dormer, Taylor Kinney, The Forest