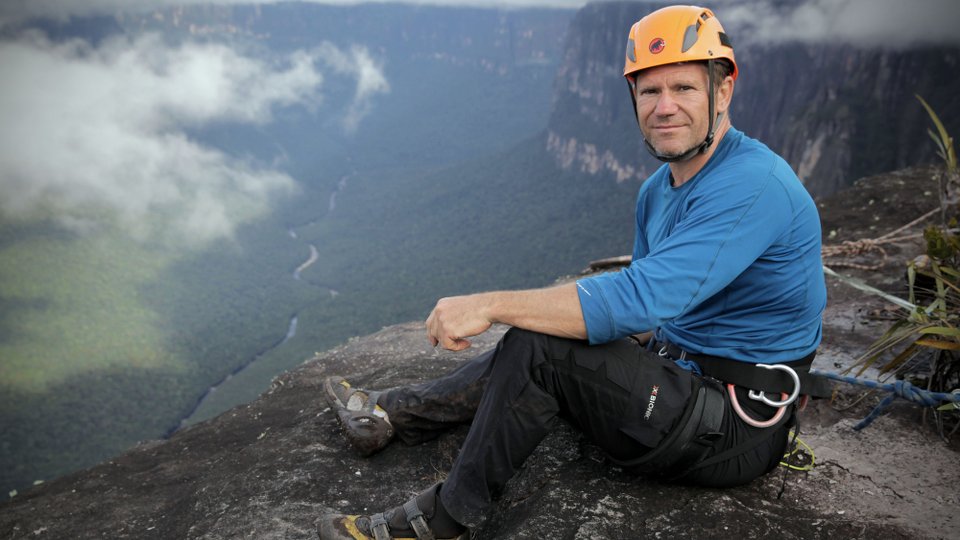 Backshall will embark on one of the most dramatic and dangerous expeditions filmed by a BBC crew as he explores Venezuela’s tepuis, the ancient, sheer-sided mountains of Canaima National Park. Accompanied by a team of expert rock climbers, Steve attempts the first ascent of a remote, unclimbed tepui to search for wildlife on the summit.

The month-long expedition will see Steve and the team scaling untouched mountain cliffs, caving inside the tepuis and abseiling off the highest waterfall in the world. Along the way, the team battle against freak weather, rock fall and some very dangerous wildlife.

Speaking about the show Steve said, “I went to Venezuela looking for adventure. Turned out, I got a whole lot more than I bargained for! Filming this series was simply unforgettable. Some of the wildlife I saw, I’ve been waiting a lifetime to see and can be found nowhere else on the planet. It was also one of the most challenging expeditions I’ve been on; it’s a bit of a white-knuckle ride from start to finish!”

Adam Barker, Acting Channel Editor for BBC Two said, “BBC Two is always looking for new ways to expand our audience’s horizons, whether through our foreign affairs coverage or through adventurous travel content such as this series and I’m therefore delighted that Steve Backshall is coming to the channel to take on one of his toughest challenges yet. Following Steve and his team as they battle against nature and the elements, this is a totally gripping new series that also reveals a stunningly beautiful and remote part of the world.”

The series is executive produced by Jonathan Renouf and produced/directed by Ben Lawrie.

In this article:BBC Two, Steve Backshall