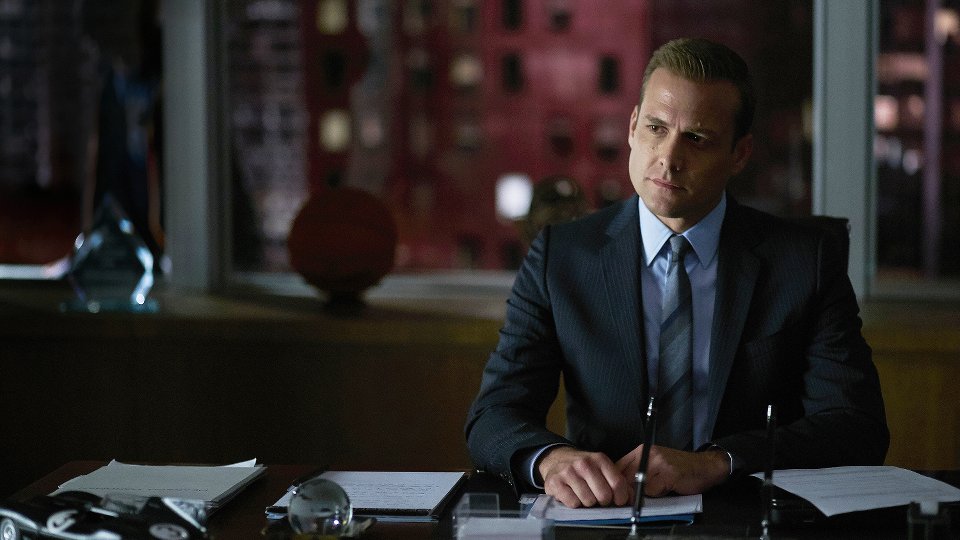 Suits returned to our screens last week to resume its fifth season and pick up after THAT midseason cliffhanger.

Mike (Patrick J. Adams) was arrested by U.S. attorney Anita Gibbs (Leslie Hope) who had been tipped off that he wasn’t a real lawyer. She used underhand tactics while she held him to try and get him to confess, even pushing him to throw Harvey (Gabriel Macht) under the bus to save himself.

Elsewhere Jessica (Gina Torres) and Harvey tried to come up with a defence strategy for Mike, Rachel (Meghan Markle) asked her father for help but wasn’t pleased with his response, and Louis (Rick Hoffman) convinced Donna (Sarah Rafferty) to return to Harvey as his secretary.

The next episode of the season is Live to Fight… Harvey returns to the firm and Mike urges the firm to go on the offensive. The prosecutor uses Donna’s father as leverage against Harvey. Louis figures out who wrote the email against Mike. Jessica turns to Jeff Malone for help in the case.