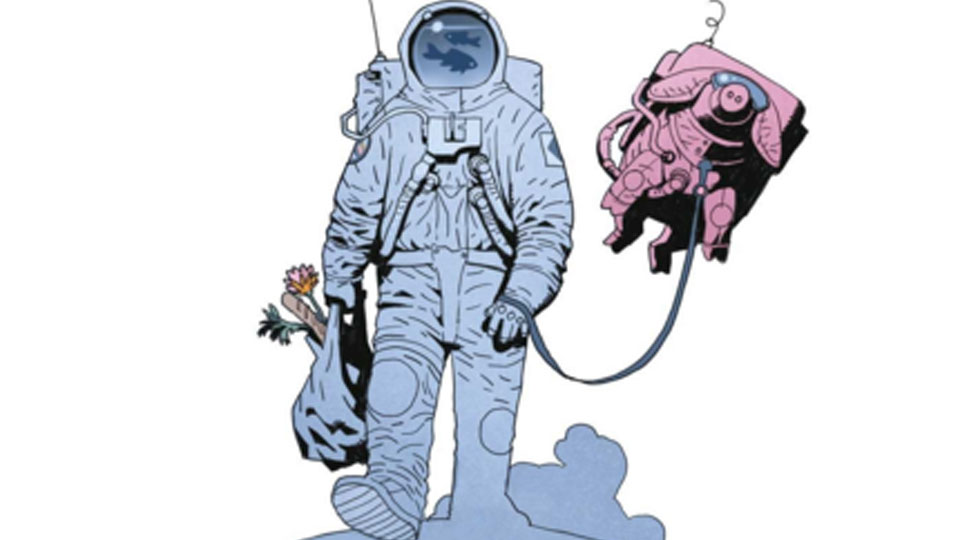 It’s Pink Floyd’s magisterial 1975 album Wish You Were Here – but as you’ve never heard it before. This re-imagined take on the progressive rock classic is a collaborative venture: the London Orion Orchestra form the backbone with contributions from Alice Cooper, Rick Wakeman and tribute band Australian Pink Floyd.

Wish You Were Here Symphonic translates the sounds and melodies of the original album into a classical music setting – and the results are electrifying. It’s a fine choice of subject matter to transpose in this way, since the source material is symphonic in its structure and scope.

The album starts off with the title song which features Alice Cooper providing vocals. Admittedly Roger Waters’ gravelly tones never achieved a range that troubled a full octave, but he achieved more musicality than Cooper’s strange, strained delivery. Was Waters unavailable? Despite the unusual choice of vocalist, the master of the musical macabre succeeds in setting the tone – the orchestra warming up invites the listener to adjust to the unexpected – and as the strings start the music transports the audience into the ethereal, achingly beautiful, empty industrial soundscape of the opening minutes of Shine On You Crazy Diamond. It’s evocative, instantly recognisable and hair-raising.

Whilst the strings in particular brilliantly recreate the atmosphere of the album, if you harbour doubts that a classical orchestra could fully convey the music of Pink Floyd, you’d be justified, and David Gilmour’s work is reproduced on electric guitar. There is no disjoin here: the key change by the orchestra immediately before the guitar carries the melody is a moment of perfect, exhilarating harmony. For the most part, the orchestra provides the melody that Waters’ vocals would have delivered in the original.

Alice Cooper returns to provide vocals on the track Welcome To The Machine and his style is far more fitting for the sense of stark alienation created by the song which has strange, disjointed lyrics than it was for the simple, gentle melancholic message of Wish You Were Here. The London Orion Orchestra take on the melody for Have A Cigar, but the stand-out guitar work remains in place and gradually takes over in prominence from the woodwind and strings. Keeping the album tracks in original release order, it’s followed by a second version of Wish You Were Here, this time performed without vocals and by Australian Pink Floyd, before the second instalment of Shine On You Crazy Diamond that bookended the original album. As an extra bonus, there’s a final track here, which is a symphonic version of Eclipse – the spine-tingling final track on The Dark Side of the Moon, Pink Floyd’s preceding album.

Wish You Were Here Symphonic isn’t for classical music fans who wouldn’t know the original work, but for Pink Floyd fans looking for a way to hear the seminal album in a different way, and to experience it in a whole new light. To be honest, anyone hearing these melodies for the first or thousandth time is in for a treat. The overall effect is magical, intoxicating, and pure bliss. We can only hope further symphonic versions of Pink Floyd’s other classic albums will follow.