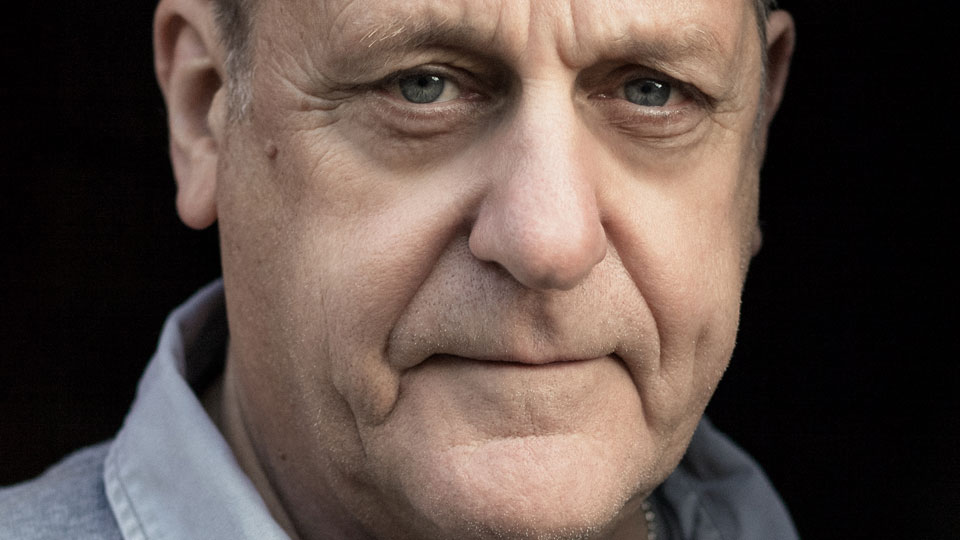 David Troughton is one of the most well-respected British character actors of his generation. He has worked extensively with the RSC, and his leading roles in productions such as Richard III and both parts of Henry IV have won him many plaudits over the years. More recently he starred opposite Kevin Spacey at the Old Vic in Inherit the Wind.

He is about to embark on an extensive UK tour with the acclaimed production of Goodnight Mr Tom, which currently plays at the Duke of York’s Theatre in London’s West End.

We caught up with David to ask him about his character Tom Oakley, as well as to gather his thoughts on one of his iconic screen roles, Bob (or should that be Robert?) Buzzard, and his forthcoming return to the RSC.

What can you tell us about your character in Goodnight Mr Tom – Tom Oakley?

Mr Tom – he’s a widower. He’s about sixty-five. He lives on his own in a little cottage in a church graveyard. His wife and baby died in childbirth about forty years earlier and he’s cut himself off from life, and so he’s lived alone for all that time. Then he’s woken up one morning when he has to look after an evacuee – a boy from London. The story is about how he comes to terms with his grief  at last, and how he learns to love again.

Are you getting under the character’s skin?

Yes, you have to as an actor. Every night you put on the costume and you go on stage and tell the story.

It sounds like the story has a real emotional punch.

It sounds like a universal story – do you think that’s fair?

I think so, yes. It’s very of the moment too, with refugees being in the news at present – it’s about what we do with people who have nowhere to go.

What can audience members who haven’t seen the show expect from it?

It’s a laugh, a song and a tear. There’s everything. You go through an emotional rollercoaster with this play. David Wood’s adaptation is brilliant. It’s very filmic in its concept: short scenes, minimum set – just storytelling at its most basic – but it keeps the audience’s attention right from the word go. They go through a lot of emotion from joy right through to tears, which we have in the theatre. That’s quite a powerful thing to be able to do.

It must be quite an unusual position for you to be in – because the actors playing opposite you – the juvenile leads of William and Zach – alternate. How are you finding that?

In rehearsals it was long, because we had to do every scene three times. There are two main boy characters. William is the evacuee who is an abused child from the East End and Zach, his friend, who’s a Jewish son of actors – so he loves showing off and acting around, and he helps to bring William out of himself. We have three sets of children because they can’t work all the time – quite rightly! That threw up a few problems, but each pair of children are different, so every night you go on with a different  pair of children – so it keeps you on your toes as an actor! They’re brilliant though. They’re massive parts for children. When he wrote the play, David Wood envisaged children playing the parts. He didn’t want adults pretending to be children.

The play touches on heavy themes, such as anti-Semitism and religious hypocrisy.

It certainly does, and poor William ends up locked in a cupboard, so there are lots of horrible things that happen – but there is hope in the end!

Tell us about the tour that’s coming up.

We’re playing in London at the Duke of York’s until February 20th, and that’s followed by a thirteen-week tour.

Do you enjoy being on the road?

I used to… (laughs). But I like sitting at home now, I’m at that age! But it’s great to go to different places. Different theatres throw up different problems that you have to surmount very quickly on tour because you go into a theatre one week that’s small and then you go to a massive theatre the next week – so all your skills are called for.

You followed your father [Patrick Troughton] into the profession. He once infamously described stage work as, “Shouting in the evening”…

He did indeed, yes… He was labelled quite early on in his career as an ex-Shakespearean actor, for a long time. It’s because he worked with Laurence Olivier, I think. He was in his company when he did Hamlet and Richard III. In the film, he’s Tyrrell, one of the murderers in Richard III, and whilst they were making it he was Laurence Olivier’s stand-in. He did all the battle scenes. He’d be doing the riding and the long shots, so that Laurence Olivier, who was directing, could see what it looked like.

You’ve come to be revered as one of our leading stage and classical actors. So where did your love of the theatre come from?

Well, my love of acting… obviously it’s in the blood. I didn’t want to go to university in the end and do any more studying, so I started off straight in the theatre. I didn’t go to drama school, I started off as an ASM – an assistant stage manager – sweeping the floor of the theatre. I started at the bottom and clawed my way up (laughs)!

You certainly did! We’ve seen you in several productions. The one that sticks in my mind the most is your performance as Matthew Harrison Brady in Inherit the Wind at the Old Vic.

That was quite a part. I enjoyed that.

It would have been easy to play him as a buffoon, but your performance was very nuanced.

He was certainly a larger-than-life character, which I enjoy playing.

We also caught you in the inaugural production of David Edgar’s Playing With Fire at the National. Do you have a preference for the classics, or for new writing?

I like doing anything really! Stage is a full commitment for an actor. You have the rehearsal period of say four weeks, and then you have a technical period of a week and a half, and then you have to be ready to do it every evening and maybe in the afternoons as well. It’s full-on, theatre. Shakespeare is more difficult, I think. It’s great to do – but they’re longer plays (laughs)! Every drama is a challenge.

You’ve done a lot of screen work as well. One of your characters that keeps popping into my head more recently with the way the NHS is going – without wanting to be too political – is Dr Bob Buzzard from A Very Peculiar Practice.

He was always going on about that – people called him ‘Bob’ and he’d say, ‘No, Robert’! He was a brilliant creation by Andrew Davies. The show was one of the best things that’s ever been on television, I think.

I’d agree. I think it’s one of the BBC’s last truly great dramas.

It was about the only thing at the time [the mid-1980s] that was saying anything against Margaret Thatcher. It was so subtly done that people didn’t realise it was very political.

You mentioned about Goodnight Mr Tom resonating owing to the current refugee crisis – A Very Peculiar Practice does owing to the changes in the NHS, which I imagine would have been lauded by Robert Buzzard.

If Peculiar Practice had been done now, it would be a big, big hit. In its day, when it came out, I think it was just a bit too ahead of its time. But it set up a lot of programmes. That style of drama inspired a lot of other shows.

I think it really stands up.

I’d love to ask you about your co-star in that, the late, great Graham Crowden…

Graham Crowden, what a great man he was… he was wonderful.

Was he as eccentric in real life as he often played on screen?

Yes, he had a way about him (laughs)! He was one of the kindest men I’ve ever met. We used to have a wee dram together after rehearsals (laughs).

How wonderful! I’ll end by asking you about the future. Once the tour of Goodnight Mr Tom ends in May, what else do you have lined up for 2016?

Unusually, I do have something else to go to! I usually say I don’t know… But I’m going back the RSC in Stratford to play Gloucester in King Lear. Antony Sher is giving his Lear, so I’ll be playing Gloucester, so I’ll be blinded every night which will be a lovely thing to do (laughs)!

We’ll certainly look out for that one. It’s been a pleasure speaking to you…

Thank you, and you.

…and very best wishes for Goodnight Mr Tom and the tour.

Thank you very much indeed.

You can see David Troughton perform as Tom Oakley in Goodnight Mr Tom at the Duke of York’s Theatre until February 20th and on tour around the UK until the end of May. Book to see the show in London, or on tour, through the website: http://www.goodnightmistertom.co.uk/.