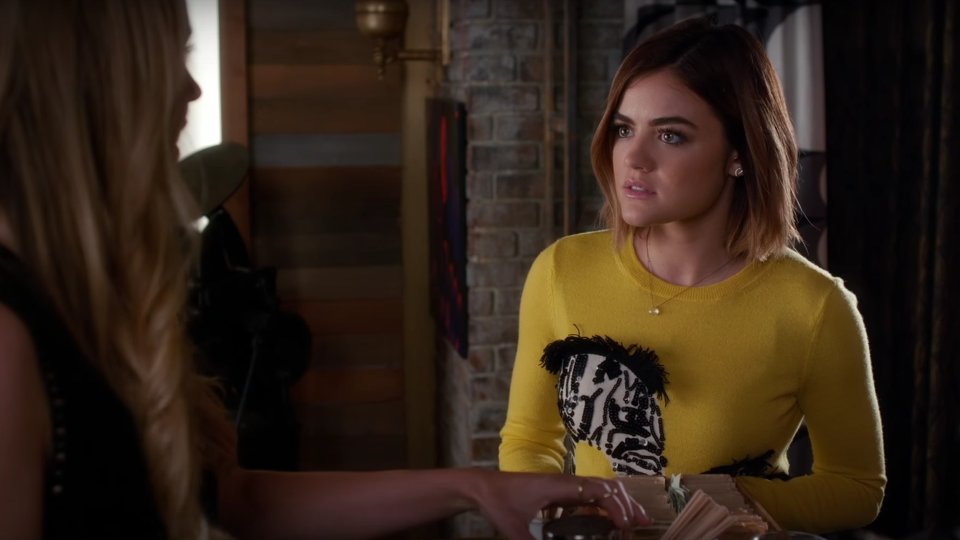 Fingers are pointing in every direction on Pretty Little Liars in the second half of the show’s sixth season.

The aftermath of Charlotte’s (Vanessa Ray) murder has sent shockwaves through Rosewood as the Liars and the people around them try to figure out the culprit is. After the Liars suspected that Aria (Lucy Hale) might have had something to do with the murder, suspicion fell on Ezra (Ian Harding), who had no alibi for his whereabouts after leaving Aria in the centre of Rosewood.

Emily (Shay Mitchell), Hanna (Ashley Benson) and Spencer (Troian Bellisario) tried to get to the bottom of Ezra’s whereabouts but instead their attempt to confront him was met with a lot of anger.

Elsewhere in the episode Spencer asked Hanna’s permission to make a move on Caleb (Tyler Blackburn) and the start of Spaleb began, Emily was caught out in one too many lies, and big A set off a new wave of terror against the Liars.

The next episode of the season is New Guys, New Lies. Aria continues to search for answers, with help from Emily, on whether Ezra is as guilty as he seems. Spencer works together with Caleb to track down the new threat.

Take a look at a sneak peak from the episode below…