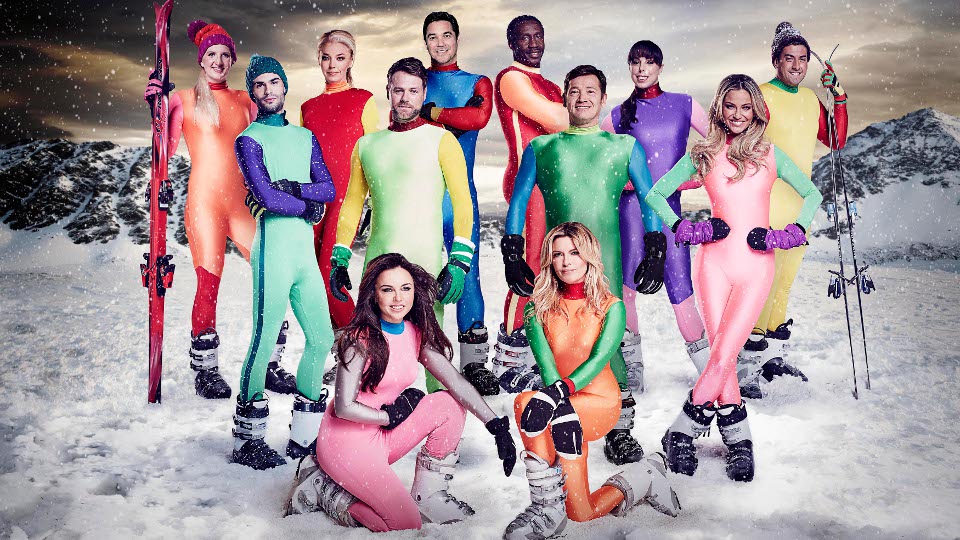 The Jump, Channel 4’s celebrity reality show, returns tomorrow night for a third season. Twelve celebs have hit the slopes of Jump Mountain high in the Austrian Alps and are getting ready to compete live.

Each of the brave contestants will be competing to take home the Cowbell Trophy. Last year’s winner was Joey Essex with the first series being won by Joe McElderry.

Davina McCall will be back to host from her all new Alpine Ski Lodge. The competitors will be training together and living together and each episode Davina will be revealing what’s been happening behind the scenes.

A team of top coaches will also be on hand to help the celebs including Winter Olympic skier Graham Bell and current Winter Olympic, World and European Skeleton champion Lizzy Yarnold. Eddie ‘The Eagle’ Edwards will also be back, ahead of the release of his Hollywood biopic, to offer his expertise.

Each episode the competitors will go head-to-head live to keep their place in the competition. Those that find themselves facing The Jump will have to speed down an all new purpose built Ski Jump which is the height of three double decker buses.

Events over the course of this season include skeleton, snow cross, parallel slalom, moguls, ski cross, air jump and ski jump. Sounds tough, let us know your predictions for the series in the comments below.

Tune into Channel 4 tomorrow night at 7:30pm (Sunday 31st January) to watch the first episode of The Jump 2016. Preview the celebs in our gallery below:

In this article:Channel 4, The Jump