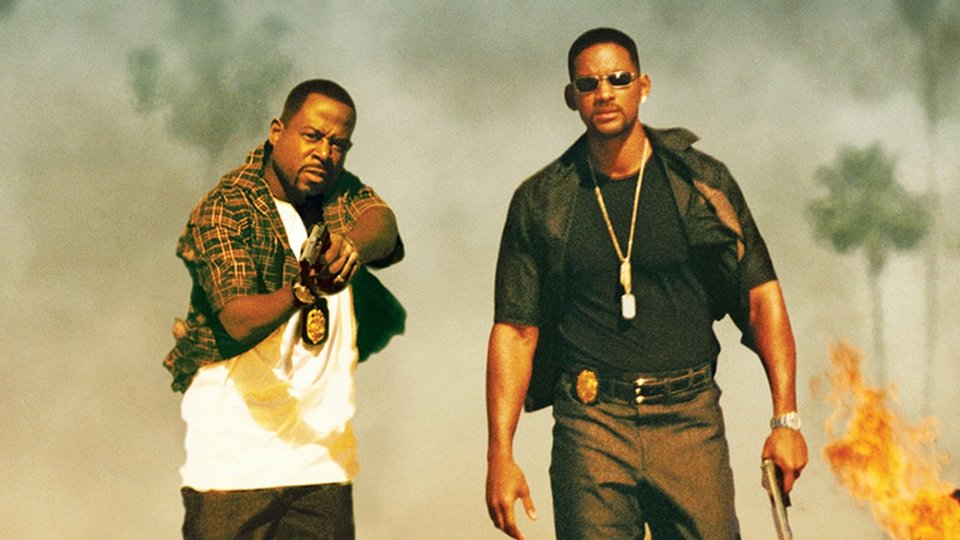 The buddy cop-duo has long been a stalwart of mainstream TV and cinema. Enjoying a golden era in the 70s and 80s, this sub-genre spawned countless great TV shows and movies, the legacy of which can still be felt today.

Of late, it seems like Hollywood has lost its flair for telling tales about dynamic duos fighting to uphold the law. So we thought we’d take a look back at some of the finest cop partnerships ever put to screen. Since this list could go on for ages we’ve solely stuck with the best cops (hence why the likes of Mulder & Scully etc are absent).

And be warned, there might be some strong language in the clips below!

The very best cop duo of all time! With bags of swag, style and comradery, Dave and Ken are the quintessential police officers. Throw in the iconic red Ford Torino with the white ‘go faster’ stripe and you have the most iconic police paring of all time. But let’s forget about the Ben Stiller/Owen Wilson movie please…

No-one has nailed the concept of the buddy-cop movie more than these Bad Boys for life. It’s hard to believe that it was way back in 1994 when we were first introduced to Lowrey and Burnett. With hopes for a Bad Boys 3 on the horizon, hopefully it won’t be too long before they dominate the box-office once again with their unmistakable brand of comedy and kick-ass action.

Don Johnson and Philip Michael Thomas redefined the cop show in the 80s with this ground-breaking series. Laying down a marker of intent with fashion, style and realism, it ushered in a new form of police procedural drama and perfectly captured the essence of the decade. Their dynamic was perfectly summarised in the show’s finale montage.

Gritty, action-packed and unmistakably British, The Professionals ruled the British cop genre with their utterly captivating screen presence. Having one of the greatest theme songs in TV history also helps, as does the iconic Silver (Bodie) and Gold (Doyle) Ford Capri. Martin Shaw and the late Lewis Collins brought creator Brian Clemens’ creation to magnificent life.

Dividing audiences right down the middle, Michael Mann’s sensational 2006 big-screen reimagining of the series is severely underrated. The best example yet of a franchise updating for a new audience whilst staying true to its legacy, the film featured Colin Farrell and Jamie Foxx as the police duo in a film oozing style and substance.

Cinema cop duos hit a peak in the 80s with these two mismatched colleagues. Mel Gibson and Danny Glover excelled in Richard Donner’s brilliant cop drama, which was incidentally the first feature written by Iron Man 3 scribe Shane Black. And who can forget that most awesome of final scenes when they both draw their guns to shoot Gary Busey?

In the 90s there was one cop who ruled them all – Andy Sipowicz. Actor Dennis Franz worked with numerous partners across the entire run of Steven Bochco and David Milch’s seminal police drama but it was his paring with Jimmy Smits from Season 2 that was the show’s biggest success. Bobby Simone was the perfect opposite to Sipowicz’s brash manner and it was a joy to watch their mutual respect grow throughout the seasons. Simone’s final episode still leaves a lump in the throat.

Bickering buddies McGarrett and Danno are the main reason the reboot of the popular TV series is such a resounding success. They are constantly at odds and fans have even introduced a new word to perfectly describe their dynamic in the TV series – Carguments.

When a big screen reboot of 21 Jump Street was announced I think we all felt impending doom, however Channing Tatum and Jonah Hill went on to surprise everyone. Brilliantly funny and hilarious to watch, Schmidt and Jenko are a police duo for a new generation and one that echoes the very best cop parings of all time.

The cop duo who redefined the genre with gritty realism and action never seen on TV before. The Sweeney was such an important show, with screen legends John Shaw and Dennis Waterman on fine form as hard edged detectives in the Flying Squad of London’s Metropolitan Police force.