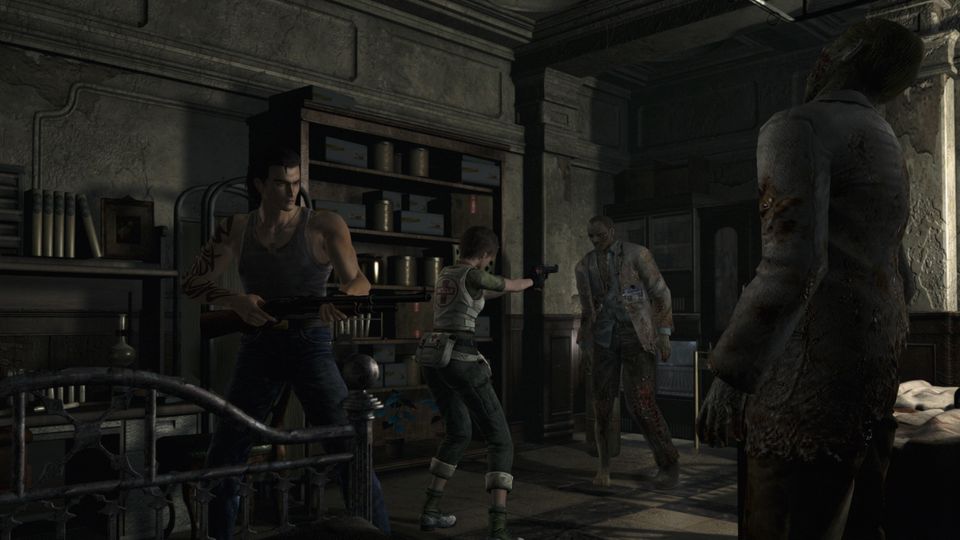 Capcom has released digital and physical editions of Resident Evil 0.

Resident Evil 0 takes the atmosphere from the original 2002 release and transforms it with new HD visuals, improved sound, widescreen support, an optional modernized control system and more. A prequel to the original Resident Evil, the title offers newcomers and series fans the chance to revisit the story of what really happened before the iconic Mansion Incident that was the catalyst for the entire Resident Evil saga.

New to this version of the game, Wesker Mode is unlocked when the main campaign is completed. In this mode, players can experience the game playing as Resident Evil’s infamous villain, Albert Wesker, wielding the powerful abilities he gained from the Uroboros virus in later games, alongside rookie cop Rebecca Chambers in an alternate costume.

Players can experience an introduction to the origin stories that started it all with Resident Evil Origins Collection. This is a physical disc product that contains remastered versions of both Resident Evil 0 and the critically-acclaimed Resident Evil. This retail bundle is available now across North America on Xbox One and PlayStation 4 priced at $39.99. The bundle will also be available at European retail from January 22nd on these platforms as well as Windows PC.

Resident Evil 0 is available to purchase as a standalone digital download for £14.99 on Xbox One, Xbox 360, PlayStation 4, PlayStation 3 and Windows PC.