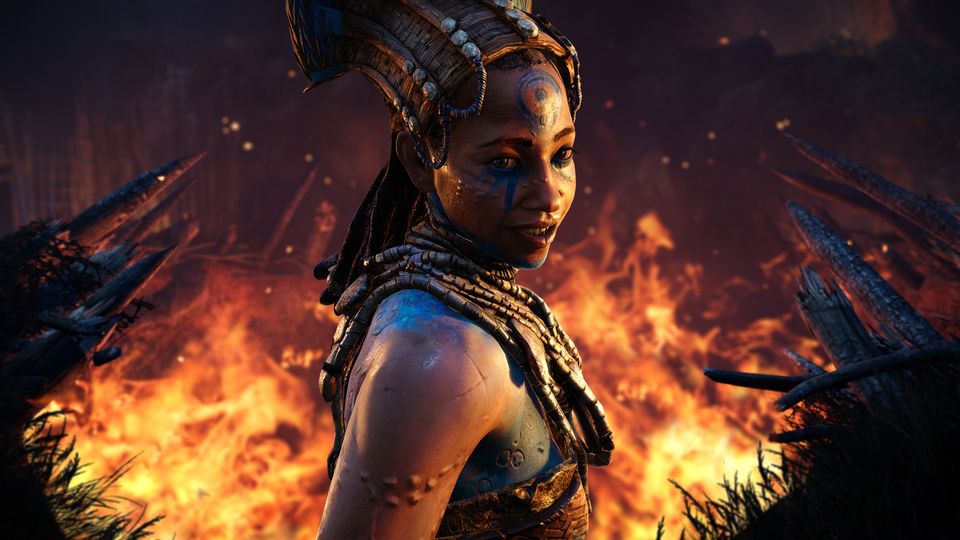 Ubisoft have released new Far Cry Primal videos and screenshots ahead of the games release next month. Both videos can be seen below and the first focuses on Takkar and the Wenja tribe. The second is a behind the scenes look at how the characters and language were created.

Far Cry Primal is developed by Ubisoft Montréal, in collaboration with Ubisoft Toronto, Ubisoft Shanghai Studio, and Ubisoft Kiev Studio. The game is a single player experience that will take gamers to 10,000 BC in history, to a time when massive beasts like the woolly mammoth and sabretooth tiger ruled the Earth.

In Far Cry Primal, the majestic land of Oros has been torn apart due to the confrontation of the three dominant tribes who seek to conquer it. Players take the role of a seasoned hunter named Takkar with a single goal of survival.

Takkar’s people, The Wenja tribe, is at risk. They are being attacked by both the cannibals of the Udam tribe, led by the cruel warrior Ull, and the fire worshipers of the Izila tribe, led by the high priestess Batari.

Immersed in the untamed world of Oros, a land full of dangers, Takkar will have to unite and protect the Wenja people from their dangerous enemies, the Udam and the Izila. Takkar will meet a cast of memorable characters who will help push back and tame the dangers of the wild. Players will journey as the first human to tame the wilderness and rise above extinction. Along the way, they will have to hunt for food, master fire, fend off fierce predators, and craft weapons and tools partly from the bones of slain beasts.

Far Cry Primal will be available on PlayStation 4 and Xbox One on February 23rd. The game will be released on March 1st for Windows PC.

In this article:Far Cry, PC, Primal, PS4, Ubisoft, Xbox One