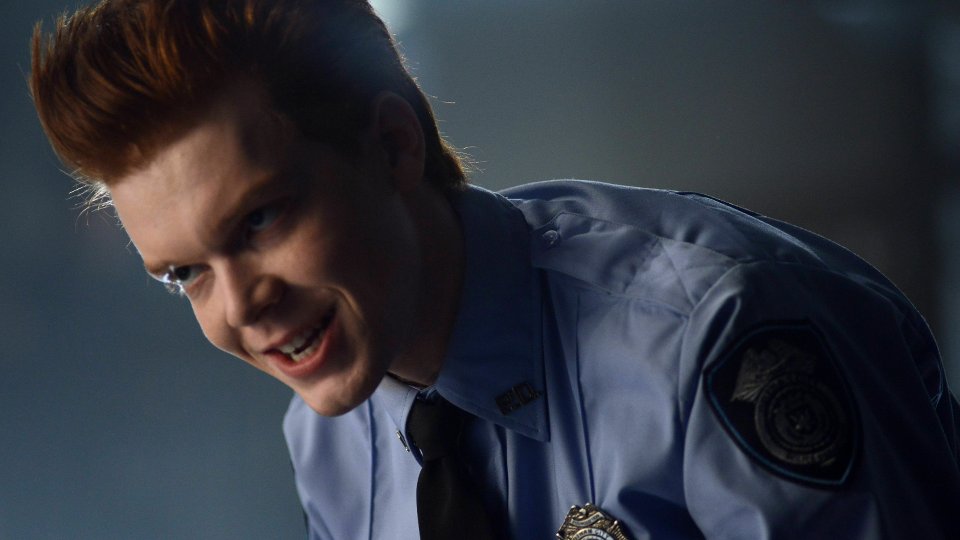 Gotham returns to our screens last week to kick off its second season and things were looking a little different for Jim Gordon (Ben McKenzie).

After being demoted, Gordon was fired by Commissioner Loeb (Peter Scolari) and Bullock (Donal Logue) resigned from the police. In order to get his job back Gordon made a deal with Cobblepot (Robin Lord Taylor), who is now the boss of organised crime in the city. Cobblepot paid Loeb a visit and forced him to reinstate Gordon and resign from his position.

Elsewhere in the episode criminal mastermind Theo Galavan (James Frain) and his sister Tabitha Galavan (Jessica Lucas) broke several inmates out of Arkham Asylum including Barbara Kean (Erin Richards) and told they had to help Theo wreak havoc in Gotham. Also Bruce (David Mazouz) and Alfred (Sean Pertwee) used explosives to get into Thomas Wayne’s secret room and found a note urging Bruce to choose happiness over his true calling.

The next episode of the season is Knock Knock. While Gordon investigates the inmate escape from Arkham Asylum, Theo Galavan plots his next move with his new criminal gang, the Maniax.

Tune in to Channel 5 at 10pm tonight to see the episode. Preview it with our gallery below: