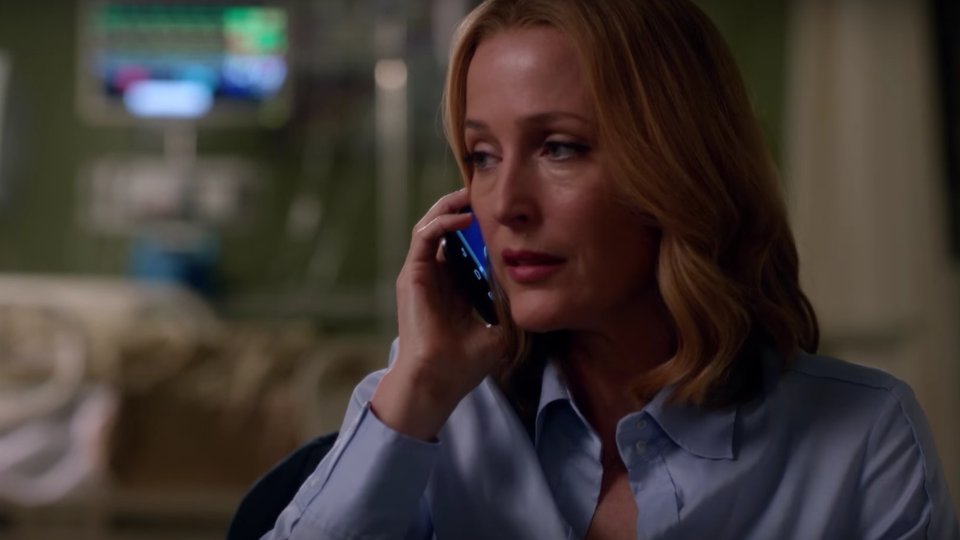 The first minute of the upcoming revival of The X-Files has been released online.

Featuring a voiceover from Fox Mulder (David Duchovny), the clip gives an overview of the history of The X-Files teasing just enough to get us very excited about the show’s return. The clip is the first footage released from the series and follows the reveal of the posters for the show recently.

The upcoming event series will encompass a mixture of stand-alone episodes and those that further the original show’s seminal mythology. In the opening episode, Mulder and Scully take on a case of a possible alien abductee. The all-new episodes will feature appearances by guest stars including Joel McHale (Community), Robbie Amell (The Flash), Lauren Ambrose (Six Feet Under), Annabeth Gish (The Bridge), Annet Mahendru (The Americans), Rhys Darby (Flight of the Conchords), Kumail Nanjiani (Silicon Valley) and William B. Davis, who reprises his role as “Cigarette Smoking Man.” Three of the episodes are written and directed by Chris Carter, with the remaining new episodes written and directed by original series veterans Glen Morgan, Darin Morgan and James Wong.

Early word from the US has been mixed with some hailing the show’s return and others complaining that the first episode is a bit of an underwhelming mess. We’re reserving judgement until the show arrives here in the UK in early February 2016.

You can watch the first minute of the new season at the top of this article. Watch the Channel 5 trailer for the series below: