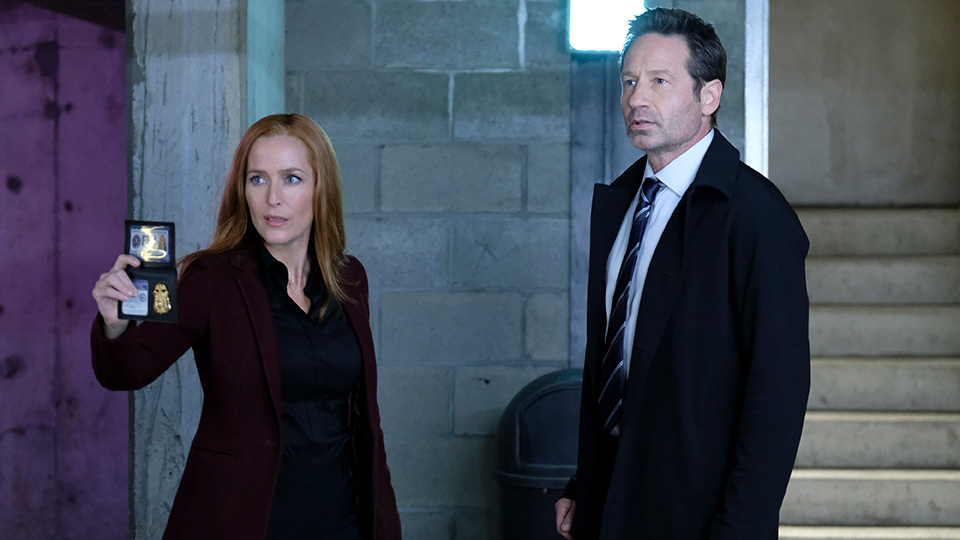 Mythology has always been a huge part of The X-Files and it’s still very present in the latest batch of episodes that make up season 11.

Released on Blu-ray and DVD today by 20th Century Fox Home Entertainment, The X-Files Season 11 features all 10 episodes from the latest season with David Duchovny and Gillian Anderson reprising their roles as Fox Mulder and Dana Scully.

The home entertainment release is packed with over plenty of extras and the Blu-ray boasts over 2 hours of special features, including featurette Solve For X – Mythology Episodes.

To celebrate the release of season 11, we’ve got a clip from that featurette for you to enjoy!

The clip opens with series creator Chris Carter discussing the season 10 finale saying, “In the season finale of season 10 we basically saw what looked like the end of the world with Scully looking up at a spaceship and people wondered how we were going to come back. The question was, ‘how do we get her off the bridge’ and I think we have a really dramatic solution.”

Writer/producer Gabe Rotter shares a little insight into Carter’s inspiration for the storyline revealing, “The mythology episodes are really Chris episodes. We don’t break those stories in the writer’s room but he did tell me as he was writing episode 6 last season that he was toying with doing an occurrence at Owl Creek Bridge type story.”

The featurette also includes interviews with Duchovny and Anderson. Talking about the tough cliffhanger from season 10, Duchovny admits, “It’s hard with cliffhangers because you’re always boxing yourself into a corner right? You have to figure out a way out that’s either reality or it was all a dream.”

Anderson continues by teasing, “Is that a future vision that she’s having or is she losing grip a little bit because of all the testing… or is it William projecting his fears onto her mind?”

You can watch the full clip above.

The X-Files Season 11 is available on Blu-ray and DVD now.