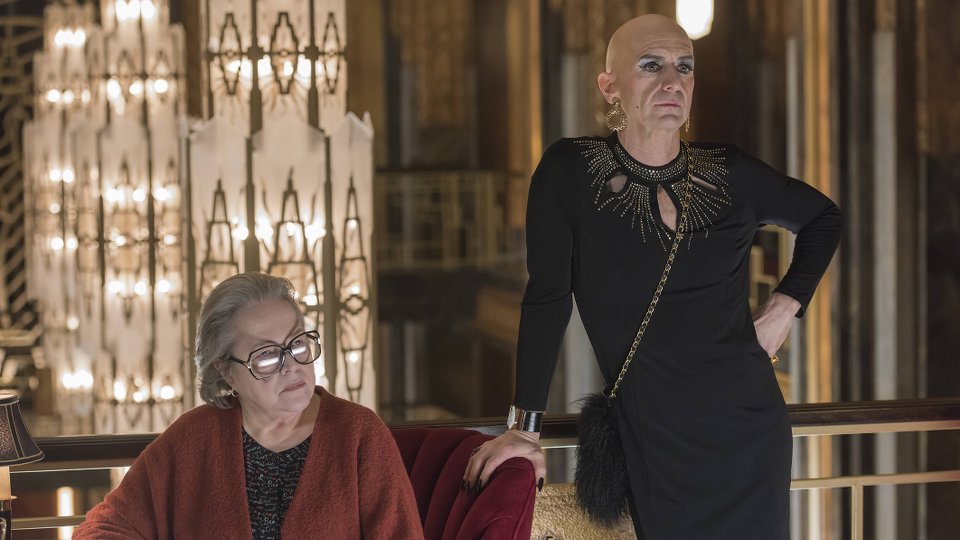 The Countess (Lady Gaga) survived the attack by Iris (Kathy Bates) and Liz (Denis O’Hare) but not for long on the penultimate episode of American Horror Story: Hotel.

After Iris and Liz opened fire on The Countess, Donovan (Matt Bomer) threw himself into the firing line allowing himself to be fatally wounded. The Countess disappeared and Iris took Donovan out of the Hotel Cortez so he could die outside and not be trapped in there forever.

The Countess meanwhile was helped to recover by Sally (Sarah Paulson), who convinced her to drink the blood of her own children. After making a recovery, The Countess seemingly killed Ramona (Angela Bassett) after seducing her but met her own fate at the hands of a gun-wielding John (Wes Bentley). John then took her head and presented it to March (Evan Peters) to complete his work as The 10 Commandments Killer.

The season finale is Be Our Guest. Iris and Liz oversee a new era at the Cortez. John and Alex (Chloe Sevigny) struggle to adapt to life outside the hotel.