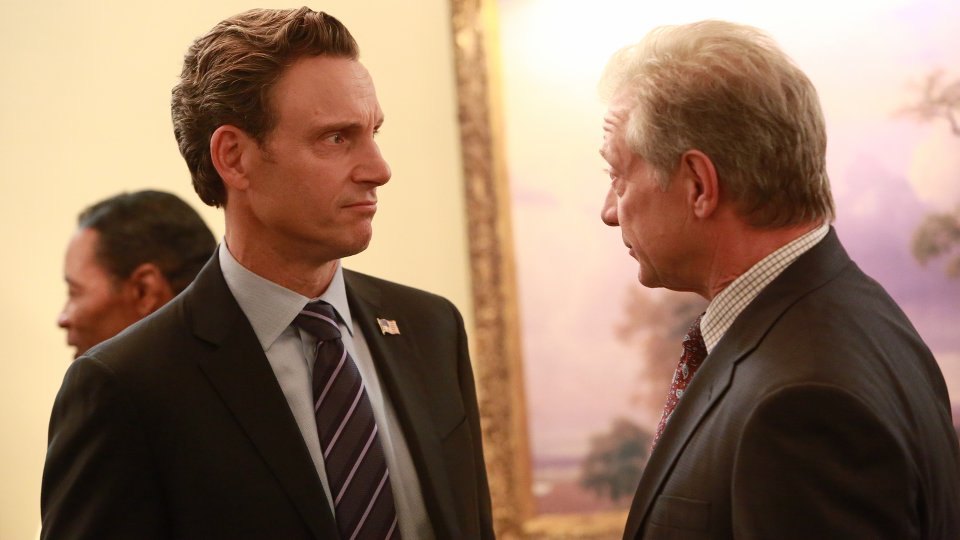 Cyrus (Jeff Perry) concocted a plan for Olivia to marry Fitz so that she wouldn’t have to testify against him for his impeachment trial. Every the quick thinker, Olivia struck up a deal with Mellie (Bellamy Young) to get Rowan (Joe Morton) out of prison as he had dirt on the senate and could ensure the trial never came to pass. His release also meant that Olivia wouldn’t have to rush into marriage.

Elsewhere in the episode Susan (Artemis Pebdani) turned to David (Joshua Malina) for advice as she was contemplating resigning from her post, and Jake (Scott Foley) found his wife dead in a train station after she went after Rowan.

The next episode of the season is Even the Devil Deserves a Second Chance. Fitz makes a public apology, while Olivia has trouble keeping her own secrets in check.