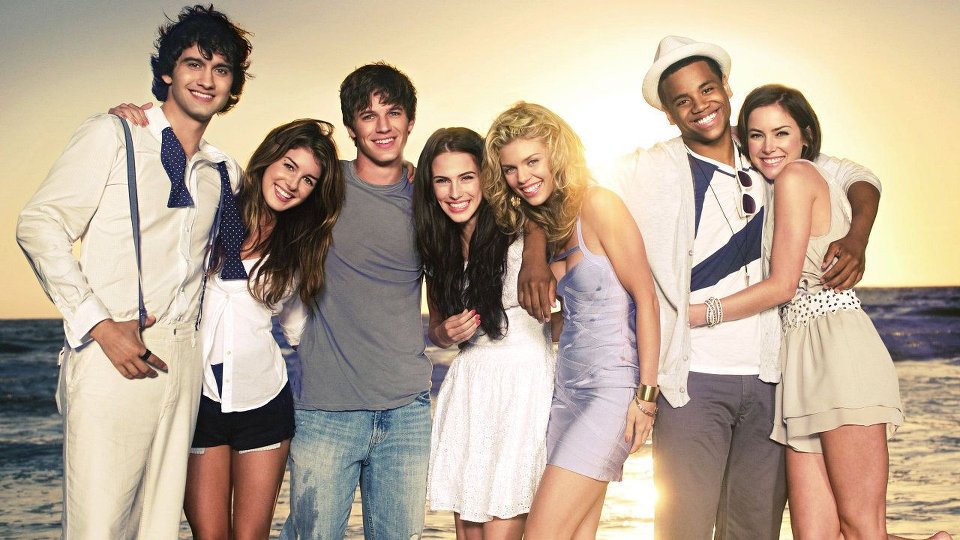 If you haven’t seen the fifth and final season of 90210 then we suggest you stop reading now to avoid any spoilers. If you have seen it and want to hear our thoughts on why the show should come back, keep reading.

Nearly 3 years since the show last aired, we think it’s high time that it made a comeback as we have a ton of questions after the season 5 finale. The show was one of the few teen/young adult dramas on TV and it was a great follow-up to the long-running parent show Beverly Hills 90210.

At the end of the series Annie (Shenae Grimes) and Liam (Matt Lanter) finally decided to get back together and got engaged just as Liam was going to go to Australia with his latest fling, and Annie was heading to Paris. Naomi (AnnaLynne McCord) found happiness with Jordan (Robbie Wilson) and the two were about to jet off to Washington D.C. to be together, while Adrianna (Jessica Lowndes) and Navid (Michael Steger) decided to give things another guy after a brush with death after a stage collapsed trapping them both.

Elsewhere Silver (Jessica Stroup) decided to fight for her life after losing her baby and finding out she had cancer, and Dixon (Tristan Wilds) was facing life solo with Annie about to leave and no love interest; could he get his music business off the ground?

After recently rewatching the show, we’ve put together a list of 10 reasons why we think it should make a comeback. Keep reading to find out our thoughts…

1. Annie and Liam’s happy ending. It all felt a bit rushed there in the final moments and the two definitely had a lot of issues to deal with before they could walk down the aisle. We want to know if they made it down the aisle and got the happy ending we’ve wanted for them for ages.

2. Justice for Naomi! We didn’t buy the romance with Jordan at all and he seemed the complete wrong fit for Naomi. Honestly we expected her to rekindle things with Max (Josh Zuckerman) by the end of the series so we were disappointed. Naomi and Max were meant to be and we wanted to see them find their way back to each other.

3. Silver’s battle with cancer. Did she survive? Our gut says that she would get through her ordeal but we wish that we could have seen her journey unfold onscreen. It looked likely that Silver could have turned to Dixon and the two could have rekindled their romance from season 1. Fate dealt Silver a very cruel hand and we want to see her get the break she deserves.

4. Adrianna and Navid’s relationship. Another thing that felt a bit rushed was the reunion between these two on/off lovers. They are a good fit for each other but Adrianna’s manipulative ways often pushed Navid away. Last we saw them they were on their way to hospital but we want to see if they could actually make an adult relationship work.

5. Dixon’s career. If anyone got the short end of the stick in the last season it was poor Dixon. After Adrianna cheated on him and Michaela (Lyndon Smith) decided not to pursue her music career following losing Silver’s baby, Dixon was left with his business pretty much run into the ground. We want to see him navigating the murky music industry waters and becoming a serious player with his label.

6. Teddy Montgomery (Trevor Donovan). He only appeared in 9 episodes of the final season and in most of them he was arguing with Silver over their unborn baby. We miss Teddy and Silver’s friendship and it did look like the two may be able to move past their feud when Michaela lost their baby. Teddy was one of our favourite characters and we would like him and Shane (Ryan Rottman) to move back to California!

7. Adrianna’s singing career. It looked liked it was all about to take off for Adrianna again until the stage literally crashed down around her. She may be manipulative but her talent deserves to take her places. There’s no doubt she’s had ups-and-downs with her music career but maybe now she’s in the right place to take it forward.

8. Silver to get her baby. Whether it be through a surrogate, adoption or some other means, we really, REALLY want Silver to become a mum. No character on the show deserves some luck like she does and after all the crap she’s been through over the series we’d like to see some good happen for her.

9. The return of Ivy (Gillian Zinser). We were gutted when the character left the show and felt there was a lot more to explore with the surfer chick. Ivy grew on us over the course of the series and for her to run away and never return was a punch in the gut to us fans of the character.

10. Navid to find his calling. He’s the man of many careers and was last seen doing marketing for Liam to help get a marketing job he wanted. It would be nice to see a little more focus on Navid on the show as he didn’t really get the same meaty storylines in the last season that the rest of the characters did.

90210 is available to stream on Netflix or to buy on DVD now.