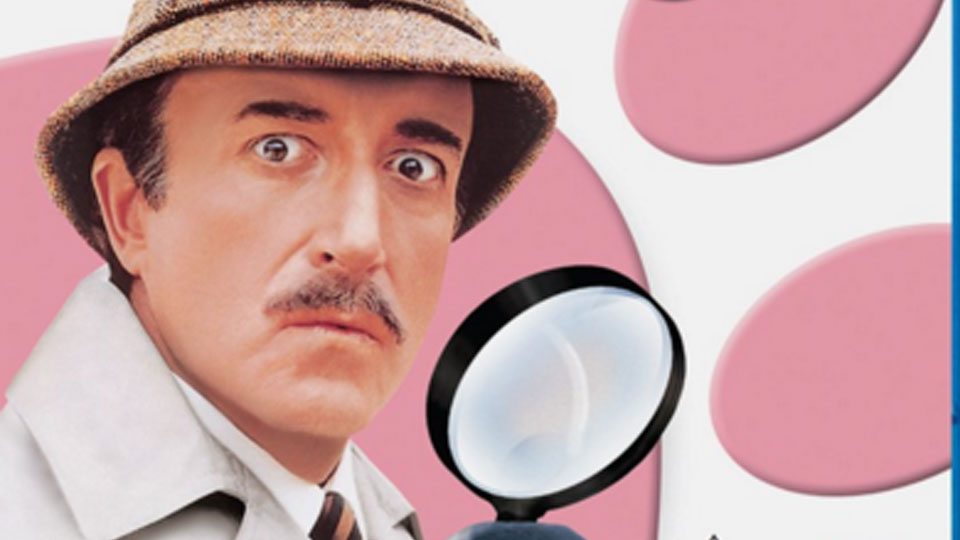 1975’s The Return of the Pink Panther saw Peter Sellers reprise the role he had made so famous. Whilst Alan Arkin had been the ‘George Lazenby’ of the Pink Panther franchise in the film in the series prior to this, Sellers would return after a decade-long absence from the part. One of the successes of the film is how seamlessly it follows on from the Sellers-based predecessors, with the chameleonic actor instantly embodying the accident-prone French police officer Inspector Clouseau. He was also working again with director Blake Edwards, and their successful collaboration leaves The Return of the Pink Panther a welcome and enjoyable addition to the series.

The films are iconic for two reasons: one is Peter Sellers’ comedy masterclass in the art of slapstick, with his moustache, trenchcoat and trilby hat instantly recognisable; the other is Henry Mancini’s theme music, which is thankfully given fully orchestrated expression in the animated opening and closing credits here.

For the uninitiated, the Pink Panther is the name gives to a precious and valuable jewel that attracts the best thieves in the world. Despite elaborate security features, the jewel is stolen from a museum, with the culprit leaving a monogrammed glove as a clue to his or her identity. Inspector Clouseau (Peter Sellers), always out of favour with his highly-strung boss Dreyfus (Herbert Lom), has been relegated to foot patrol and brings chaos and ineptitude to every situation. However, he (accidentally) secured the jewel’s safe return the previous occasion it went missing, and so the French government insists, much to Dreyfus’ chagrin, that he assign Clouseau to this especially important case. Naturally, Dreyfus’ concerns about Clouseau’s competence are well-founded, as the inspector lurches from one catastrophe to another.

Perhaps one of the most cherished sequences in the film is when Clouseau first returns to his apartment, only to be set upon by his manservant Cato (Burt Kwouk) who keeps Clouseau’s reactions sharp and primed by attacking him at any moment. His own living space is the first of many buildings and homes Clouseau brings crashing down during the course of the film, and not just when the running joke of Cato’s extraordinary manservant duties is repeated.

Whilst the movie belongs to Peter Sellers, who shows admirable restraint in such a ludicrous part, the whole cast turns in enjoyable performances. Herbert Lom starts manic and becomes increasingly over-the-top as his frustration with Clouseau grows – it’s a large performance that works well as a neat contrast to Sellers’ underplayed lead. Christopher Plummer and Catherine Schell are well-paired as the debonair couple who fall under suspicion. Peter Arne appears as a rival police inspector. There are cameos from familiar faces including Peter Jeffrey and Nadim Sawalha. The film will be enjoyed by lovers of slapstick and those with the patience for one silly set-piece after another. For fans of more high-brow comedy, the stretched premise may wear a little thin.

Sadly there are no extras on the disc, but the film looks great in high-definition and will appeal to fans of the franchise and the work of Sellers and Edwards.