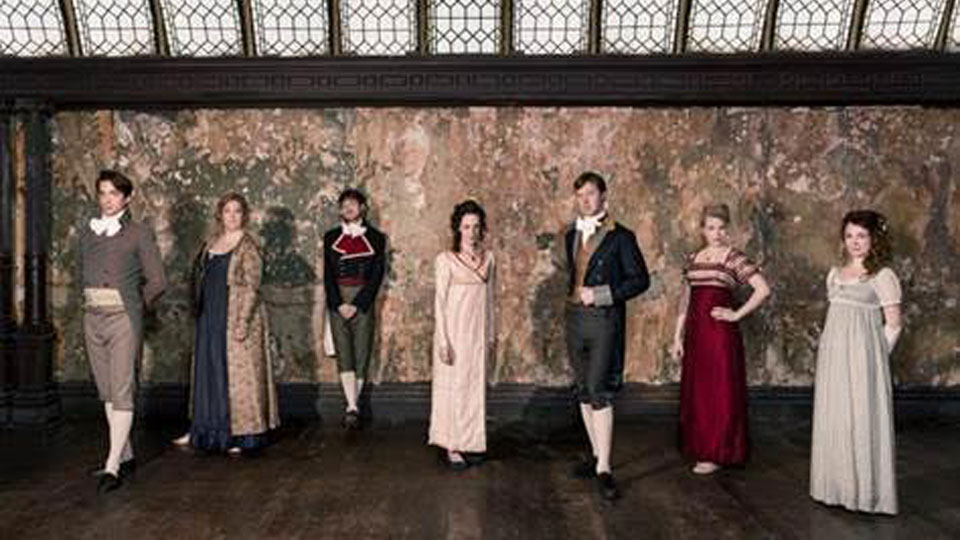 After four sell-out Edinburgh Fringe Festival runs, the award-winning and critically acclaimed improvised comedy show, Austentatious: An Improvised Jane Austen Novel, will embark on its third tour to locations across the UK.

Expect new stories every night, as the show hinges on the deceptively simple idea of audiences being asked to place imaginary titles for a Jane Austen novel into a hat. One is selected at random and immediately turned into an improvised show. Performed in period costume with live musical accompaniment, Austentatious is an immersive and hilarious treat for fans of Austen and improvised comedy alike.

Rather than the familiar roster of impro games and scenes, Austentatious presents an ambitious story with all the trappings of Austen’s best work: rounded characters, delicate plotting, and real drama. Whether it’s ‘Sixth Sense & Sensibility’, ‘Mansfield Shark’ or ‘Double 0 Darcy’, no two shows are ever the same.

Following on from a fourth sell out Fringe, shows at the Udderbelly South Bank, appearances on Absolute Radio, BBC Radio 2, BBC 6 Music and BBC Radio 4 Extra, a sell-out residency at London’s Leicester Square Theatre and a Chortle Award for Best Character, Improv or Sketch Group in 2014, Austentatious are thrilled to be hitting the road again. With a cast list including Foster’s Edinburgh Comedy Award nominees Cariad Lloyd and Joseph Morpurgo and with an impressive list of TV credits between the entire cast, including Peep Show, QI, Have I Got News For You, Siblings and Toast of London, this impressive bunch of talented performers will have audiences in stitches and wonderment at their comedic talent.

See www.austentatiousimpro.com for more details and to book.

In this article:Austentatious, Jane Austen