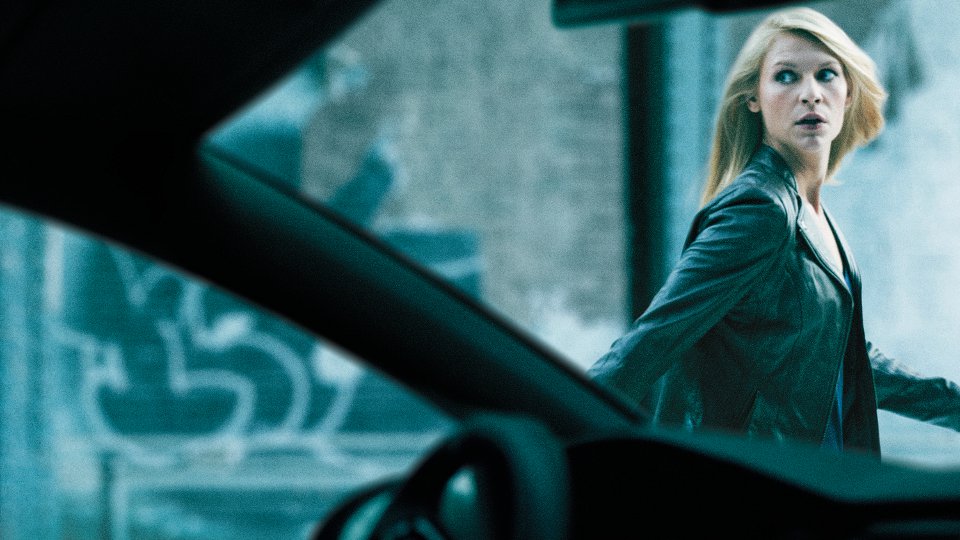 In episode 11 there was almost too much going on. Desperate to prevent the Jihadi’s attack, Carrie and Saul forced the hospital to bring Quinn out of his coma. It was a dangerous procedure with a good chance of causing him permanent damage or death but they were willing to take the risk.

At first it looked like it wasn’t going to work but Carrie and a lot of drugs helped him awaken. Just when it looked like he might utter a few vital clues he sat up and vomited a whole lot of black goo everywhere and instantly took a turn for the worse. The doctors worked to make him stable again.

Realising there was no chance of help from Quinn the pair decided to pursue different avenues. Carrie had noticed that Quinn had healed well from his bullet wound and suspected that he was treated by someone. She went off to seek out Al-Amin who we saw in the season opener set her up with a Hezbollah meeting.

She tracked him down and although annoyed at her turning up he offered his help. He helped guide her to the doctor that helped Quinn and speaking to him sent her to Qasim’s apartment. There she discovered a lot of material about the Berlin Hauptbahnhof and the 5:15pm train.

Saul, after speaking with During, took off to the BND to see what was happening with Faizal Marwan. The BND had been interrogating him hard without success. Saul offered to try a softer approach but failed to get any new information from him. Frustrated he threatened Faizal and was then called away by Astrid.

She wanted Saul to see journalist Laura on the TV taking part in a chat show where she was attempting to force the BND to release Faisal. Before hand she had her hacker friend promise to release the 1,361 leaked CIA documents if anything happened to her.

When Saul returned to Faisal he found an empty room and an open window. Immediately knowing that Faisal had jumped to his death was too much for Saul and he walked out leaving Astrid staring down at Faisal’s lifeless body.

The Jihadi’s moved forward with their sarin gas attack and began placing and arming their cannisters near the station in the tunnels. However they ran into a comms issue that prevented them from activating them remotely. Knowing they are all on a watch list they send Qasim to speak to Dr. Aziz who is helping them.

Elsewhere Allison continued her scheming by being extra helpful to try and convince everyone that she wasn’t not a double agent. She was escorted everywhere by her bodyguard Conrad but pulled the old, I need to pop to the bathroom trick.

Inside she listed to a secret message and was approached by a German SVR agent. She told Allison that she was now damaged goods and that she had one last assignment – to ensure the attack goes ahead or lose her millions. Allison tried to refuse but realised she had no choice but to do as instructed.

After talking with Dar she went to see Dr. Aziz and interrupted him helping Qasim. After interrogating him she took Conrad’s gun and shot Conrad dead through the brain. She then took another gun and shot Aziz dead too. After posing the bodies a little and placing the weapons she called Astrid for help saying she had been shot.

After the call she turned the gun on herself and fired a round though her shoulder. This was an attempt to convice everyone else that she’s on their side. When help arrive Allison directs them to the wrong target, the Airport.

Carrie called Saul to tell him that she thinks the station is the intended target but they are already evacuating the Airport based on Allisons intel and dismiss Carrie’s claims.

Carrie decides to go to the station anyway and once there she spotted Qasim. Knowing that something was about to go down she sent a message to Saul. The Jihadi’s were busy locking the gates around the station but Qasim decides to leave his open.

After receiving Carrie’s text message, Saul realises that the Airport might be a decoy. He also realises that Allison had purposely sent them to evacuate the wrong area. He rushes to her hospital bed but she has already taken flight.

The final episode of the season is A False Glimmer. Carrie tries to stop a terrorist attack.

Tune in to Channel 4 at 9pm on Sundays to watch Homeland Season 5. Preview episode 12 with Showtime’s 43-second teaser below: