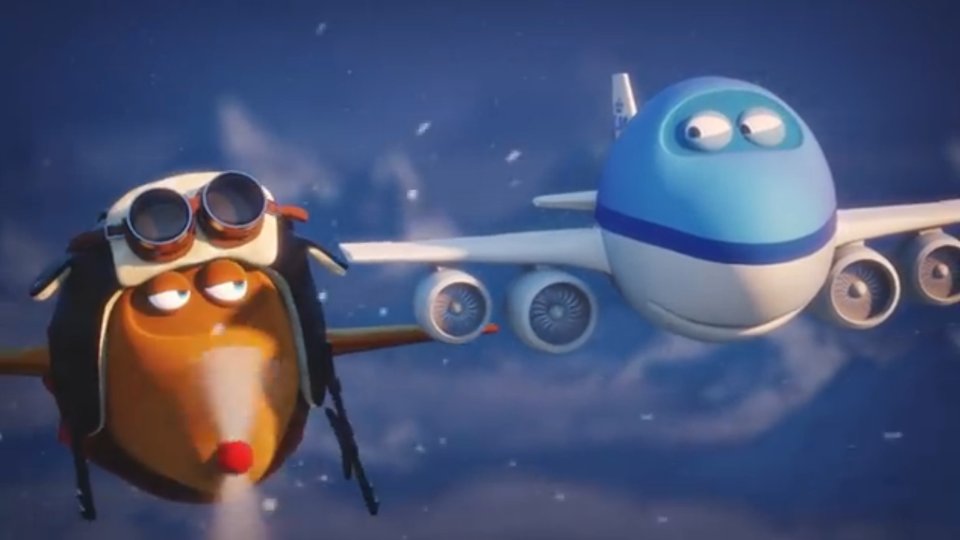 KLM have released an animated short film aimed at younger flyers for the festive season.

The film features KLM’s mascot Bluey as he experiences an adventure at the North Pole during a Christmas airshow. Bluey is joined by his friend Rudolph who is suffering from a cold and worried that his illness will stop him from competing in the airshow.

Bluey steps in to help but things still start to go wrong during the airshow. Thankfully Bluey is on hand to help but you’ll have to watch the whole film if you want to know if he saves the day or not…

Bluey and the Christmas Airshow is the second episode in the series of animated films and it brings to life KLM’s mascot for kids. They can watch the films online or inflight, and Bluey pops up to entertain kids throughout KLM flights.

Watch the full film below and find out if Bluey can save the Christmas airshow: