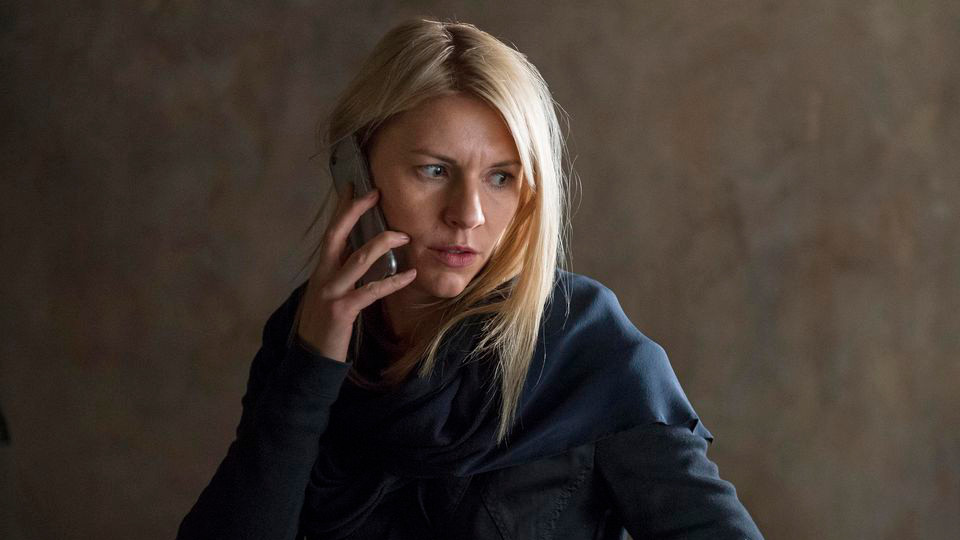 In episode 9 Carrie (Claire Danes) and Saul (Mandy Patinkin) worked with the BND to trap Allison and brought her in for questioning. Elsewhere things turned from bad to worse for Quinn (Rupert Friend) and the episode ended with the Jihadi’s testing their Sarin gas on him.

In episode 10 the CIA interrogated Allison (Miranda Otto) and Ivan. Their quickly made-up story was doing its job of confusing the CIA and casting doubt in the minds of Dar (F Murray Abraham) and Saul. Carrie wasn’t buying it but was forced to leave by Dar.

Saul demanded a crack at Allison and Dar obliged. Allison however turned out to be a lot cleverer than she looks. Saul completely lost it with her and was dragged out of the room in the middle of threatening and assaulting her.

The Jihadi’s released their propaganda video of Quinn being used as a test subject for their sarin gas. They demanded recognition of the Islamic State by the U.N. Security Council, within 24hrs, or they would target a European City with the gas.

Allison talked Dar into letting her help much to Saul’s disgust. She quickly got to work covering her deceptions by appearing incredibly helpful. Her Russian handler Ivan owned up to the SVR blowing up the general’s plane. He was also able to give them a little information on the chemicals that the Jihadi’s were now in possession of.

Astrid saw the video of Quinn and messaged Carrie to watch it too. It was an impossibly tough thing for Carrie to see but she forced herself in the hope of finding some clues as to where Quinn might have been be held.

Presuming Quinn dead the pair worked together to try and track the location down. After realising that Quinn hadn’t managed to give any signals they focused their efforts on the distinctive floor tiles in the room outside the sarin test chamber. Using the floor tiles and some fancy algorithm Carrie used in Baghdad they are able to narrow the possible locations.

Meanwhile the Jihadi’s noticed Quinn wasn’t quite dead but decided to leave him to die instead of risk any stray gas escaping. They then got busy preparing their sarin gas attack on the subway. The head Jihadi discovered who helped Quinn with the atropine but executed a different colleague because Quinn’s saviour was family.

By the time Astrid and Carrie tracked down their hideout they were long gone to execute their attack. Fearing the worst they found Quinn and were shocked and delighted that he was still alive. He was quickly taken to hospital for treatment.

The penultimate episode of the season is Our Man in Damascus. Carrie finds herself following a lead.

Tune in to Channel 4 at 9pm on Sundays to watch Homeland Season 5. Preview episode 11 with our gallery below: